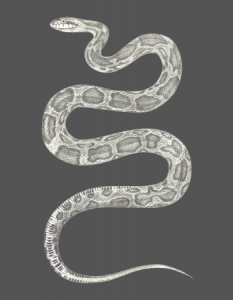 “A son or daughter of good family who studies the Dharma needs to apply the utmost skill to understanding the letter and the spirit of the teachings. He or she should not study with the aim of boasting, debating, or arguing, but only to attain liberation.”

– Buddha, from the Alagaddūpama Sutta

The Discourse on Knowing The Better Way to Catch a Snake (the Alagaddūpama Sutta) is a Buddhist teaching about not clinging to views. It contains two well-known images from the tradition: that of catching a snake without being bitten, and that of the raft used to cross the river. The message conveyed in both of these images is one of not burdening oneself with concepts and knowledge – that any insights gained through the process of discourse should be wisely carried and put down at the appropriate time, in order that they themselves do not become agents of delusion. This extract, translated by Thich Nhat Hanh, is taken from Plum Village’s online collection of suttas. An alternative translation and commentary by Thanissaro Bikkhu can be found here. For more on cautious use of the intellect, read Aldous Huxley on cleverness, Leo Tolstoy on the crisis of reason and Master Nansen’s killing of the cat.

Arittha replied, “Yes, friends, it is true that I believe the Buddha does not regard sense pleasures as an obstacle to the practice.”

The bhikshus scolded him, “Brother Arittha, you misrepresent the Buddha’s teachings and even slander him. The Lord has never said that sense pleasures are not an obstacle to the practice. In fact, he uses many examples to teach that sense pleasures are an obstacle to the practice. You should abandon your wrong view.” Although the bhikshus counseled Arittha in this way, he was not moved to change his view. Three times they asked him to abandon his wrong view, and three times he refused, continuing to say that he was right and the others were wrong.

Having advised him like this to no effect, they stood up and left. They went to the Buddha and recounted all that they had seen and heard.

The Buddha summoned Arittha, admonished him, and taught all of the bhikshus, “Monks, it is important to understand my teachings thoroughly before you teach or put them into practice. If you have not understood the meaning of any teaching I give, please ask me or one of the elder brothers in the Dharma or one of the others who is excellent in the practice about it. There are always some people who do not understand the letter or the spirit of a teaching and, in fact, take it the opposite way of what was intended, whether the teachings are offered in the form of verse or prose, predictions, verse summaries, interdependent origination, similes, spontaneous utterances, quotations, stories of previous births, wonderful occurrences, detailed commentaries, or clarifications with definitions. There are always some people who study only to satisfy their curiosity or win arguments, and not for the sake of liberation. With such a motivation, they miss the true spirit of the teaching. They may go through much hardship, endure difficulties that are not of much benefit, and eventually exhaust themselves.

“Bhikshus, a person who studies that way can be compared to a man trying to catch a poisonous snake in the wild. If he reaches out his hand, the snake may bite his hand, leg, or some other part of his body. Trying to catch a snake that way has no advantages and can only create suffering.

“Bhikshus, understanding my teaching in the wrong way is the same. If you do not practice the Dharma correctly, you may come to understand it as the opposite of what was intended. But if you practice intelligently, you will understand both the letter and the spirit of the teachings and will be able to explain them correctly. Do not practice just to show off or argue with others. Practice to attain liberation, and if you do, you will have little pain or exhaustion.

“Bhikshus, an intelligent student of the Dharma is like a man who uses a forked stick to catch a snake. When he sees a poisonous snake in the wild, he places the stick right below the head of the snake and grabs the snake’s neck with his hand. Even if the snake winds itself around the man’s hand, leg, or another part of his body, it will not bite him. This is the better way to catch a snake, and it will not lead to pain or exhaustion.

“Bhikshus, a son or daughter of good family who studies the Dharma needs to apply the utmost skill to understanding the letter and the spirit of the teachings. He or she should not study with the aim of boasting, debating, or arguing, but only to attain liberation. Studying in this way, with intelligence, he or she will have little pain or exhaustion.

“Bhikshus, I have told you many times the importance of knowing when it is time to let go of a raft and not hold onto it unnecessarily. When a mountain stream overflows and becomes a torrent of floodwater carrying debris, a man or woman who wants to get across might think, ‘What is the safest way to cross this floodwater?’ Assessing the situation, she may decide to gather branches and grasses, construct a raft, and use it to cross to the other side. But, after arriving on the other side, she thinks, ‘I spent a lot of time and energy building this raft. It is a prized possession, and I will carry it with me as I continue my journey.’ If she puts it on her shoulders or head and carries it with her on land, bhikshus, do you think that would be intelligent?”

The Buddha said, “How could she have acted more wisely? She could have thought, ‘This raft helped me get across the water safely. Now I will leave it at the water’s edge for someone else to use in the same way.’ Wouldn’t that be a more intelligent thing to do?”

The Buddha taught, “I have given this teaching on the raft many times to remind you how necessary it is to let go of all the true teachings, not to mention teachings that are not true.”

Excerpt from the Alagaddūpama Sutta
Translated by Thich Nhat Hanh
From: Thundering Silence 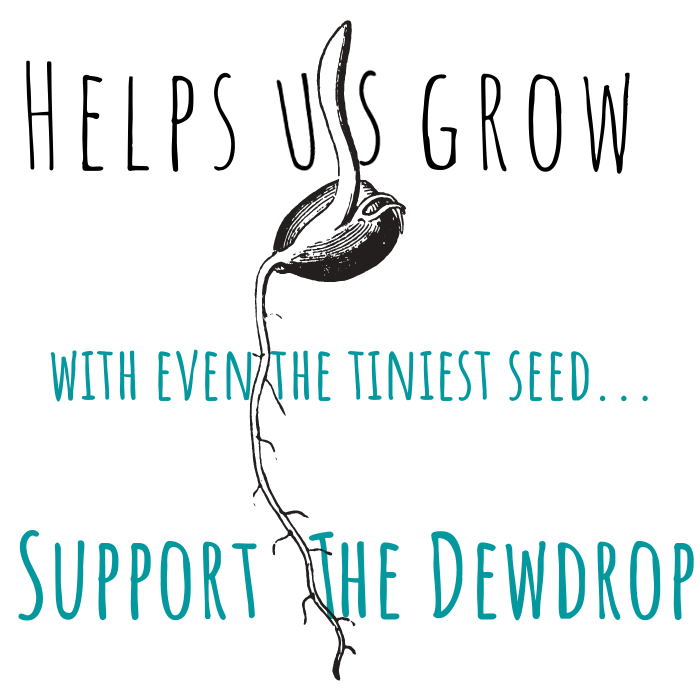