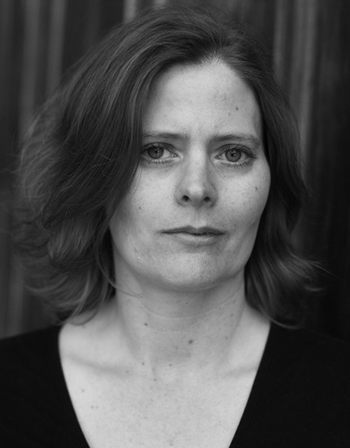 “I remember
all your tricks: the jagged shadows on the wall,
click of your claws, the hand that hovered
just above my ankles if I left them exposed.”

In some ways, parenthood is an ongoing process of loss; children change at great speed, and with each new year of growth a parent loses the younger child that will never return. Carrie Shipers’ poem about the pain of being outgrown focuses around the mother’s temporary role as guardian of the darker side of a child’s imagination, of scanning the closet and the space under the bed and offering reassurance, again and again, to the child’s inflated fear of what might be lurking there. The child will eventually grow out of its terror of monsters, but there’s something about the lurking fear that stays with a parent well beyond the phase of performing a nightly hunt for the bogeyman.

Mother Talks Back to the Monsters

Tonight, I dressed my son in astronaut pajamas,
kissed his forehead and tucked him in.
I turned on his night-light and looked for you
in the closet and under the bed. I told him
you were nowhere to be found, but I could smell
your breath, your musty fur. I remember
all your tricks: the jagged shadows on the wall,
click of your claws, the hand that hovered
just above my ankles if I left them exposed.
Since I became a parent I see danger everywhere—
unleashed dogs, sudden fevers, cereal
two days out of date. And even worse
than feeling so much fear is keeping it inside,
trying not to let my love become so tangled
with anxiety my son thinks they’re the same.
When he says he’s seen your tail or heard
your heavy step, I insist that you aren’t real.
Soon he’ll feel too old to tell me his bad dreams.
If you get lonely after he’s asleep, you can
always come downstairs. I’ll be sitting
at the kitchen table with the dishes
I should wash, crumbs I should wipe up.
We can drink hot tea and talk about
the future, how hard it is to be outgrown.

2 thoughts on “Carrie Shipers – Mother Talks Back to the Monsters”