FOR THE FIRST MILE I REPLAY last night. New Year’s Eve. We’re celebrating from our separate living rooms, quietly passing judgement on friends who chose to go out while the pandemic rages. Matthew, a lawyer, asks: if I’m on a run and am working through an argument with a co-worker, could that be flow? My social psychologist friend says, no. I say, yes. She says my sense of flow is loosey-goosey and claims the term through the operational definition, though operational definitions are themselves discipline specific, and here we are drinking Prosecco on Zoom. Once during a job interview, an urban studies professor called my scholarship touchy-feely. I’m into my second mile and I wonder why her words kept me up all night. I breathe deeply through January’s cleansing cold. Why did I react so strongly? Why did I feel silenced? How to respond? I think of Clarissa Dalloway rambling through the London streets. I jog alongside Thoreau and he whispers, “Methinks the moment my legs begin to move, thoughts begin to flow.” I ebb with all my yoga years, inhaling up, and exhaling down. What irks me is not the operation but the ownership; not the lack of consensus but the containment. By mile three, I’m seeing how disciplines about a century old dismiss traditions thousands of years old. How terms like loosey-goosey and touchy-feely are meant to establish a hierarchy of academic authority, with the humanist on the bottom even as she dreams of dismantling the top-down control. Into mile four, I’m jogging with Matthew applauding his passionate pursuit of argument. I am resolved that my touchy-feely loosey-goosey work is about saying yes rather than no to Matthew about something only he could know. By mile five, I’m in the flow. 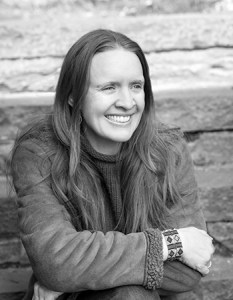 Jesse Curran is a poet, essayist, scholar, and teacher who lives in Northport, NY. Her writing has appeared in numerous journals including Ruminate, About Place, Spillway, Leaping Clear, Blueline, and Still Point Arts Quarterly. She teaches at SUNY Old Westbury and Northport Yoga and Wellness. www.jesseleecurran.com