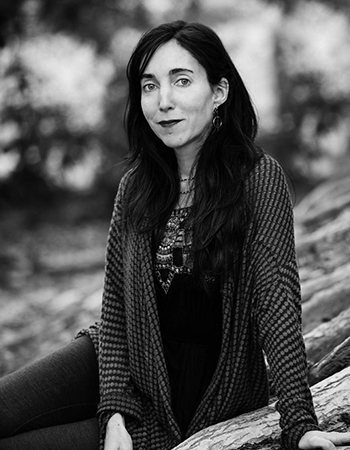 “Dark and light work in a reciprocal relationship to affirm true nature… the divine darkness may be our greatest ally rather than a danger to be feared.”

‘Vespers is the hour that invites peace of heart, which is the reconciling of contradictions within ourselves and around us,’ wrote Brother David Steindl-Rast about the moment of twilight and the darkening of the day. Echoing this sentiment of veneration towards darkness, Rachel Cusk proposed the twilight of the Dark Ages as a liminal period of fragmented creativity that came as a cyclical relief to the appearance of empires. With an eye on the same cyclical power of darkness to nurture what is truly whole in the human experience, Deborah Eden Tull’s new book Luminous Darkness explores the meaning and experience of darkness and how, rather than something to be feared, darkness can be a transformative and expansive human experience. In this excerpt from her book, Tull charts her relationship with night, especially in those increasingly rare places untouched by light pollution, and reflects on the ways in which darkness gave rise to mythical wonder, social connection and spiritual transformation.

I spent the first eighteen years of my life in the city of Los Angeles, a landscape that was so lit up at night that it was nearly impossible to see the stars. My family went on camping trips in the Sierras, and I spent summers in the Santa Monica Mountains at a camp that was my childhood dreamscape. Aside from these experiences, it was a rare treat to encounter a dark night. At summer camp, we would hike up to a hilltop plateau on which we could find the perfect resting nook, lie down on our backs, and take in the dazzling and breathtaking midnight sky. We would rest there, entranced in a state of wonder, for what seemed like hours. Time would stop as we allowed ourselves to be held in the enchantment of the night. Watching the stars was a coveted and magical reminder of our connection with a mystery so much larger than ourselves. As soon as I returned home, however, the night sky was again dim with the pale-yellow hue of artificial light and only an occasional star flickering through.

In my early twenties, I was privileged to spend a great deal of time camping in the wilderness, and I savored evenings around a bonfire with friends. We would pack up blankets and layers of warm clothing and trek through the forest at night to a moonlit field or meadow to exchange poetry, song, and story. The nightscape served as both a portal to a mythlogical time and a compelling backdrop for a quality of social connection beyond the light of the day.

“In the dark, the activity of the conscious mind was composted and what remained was a vast empty expanse for integration, regeneration, serenity, and other forms of knowing.”

The monastery in the Sierras was fully removed from society and city lights, so once again the night sky confirmed my tiny place in the vast universe. I was completely alone in the night, accompanied by only the spirit of darkness and my own thoughts. In the nocturnal darkness, there was nothing to do but be in open space. At first, I had to face my tendency to fill this empty space with thought, as in sitting meditation, I gradually began to let that go, however, and surrender to empty space. In the dark, the activity of the conscious mind was composted and what remained was a vast empty expanse for integration, regeneration, serenity, and other forms of knowing. I became keenly aware of my dream activity and the gestation and deeper communication that seemed to occur in the solitude of the night.

Throughout this time, I was also an organic gardener in an intimate relationship with the land I stewarded. I was aware of the subtle movement and impact of sunlight and shade throughout the day and equally aware of the invaluable nourishment of nighttime and moonlight for the plants, seeds, and creatures of the garden I tended. I surrendered to a simple and regenerative lifestyle at the monastery, practicing Zen awareness from sunrise to dusk and dark. I opened to a more organic rhythm with my body and with the natural world, and the assumed line between day and night began to dissolve. The continuous cycle and flow of each dawn, day, dusk, and night and the circadian rhythms of my own earthly body became my teachers and guides.

Living off the grid, I would rise early and more often than not observe the transition from night to dawn, as well as the transitions of sunset and moonrise. These experiences of sunrise and sunset and the liminal states in between affirmed my understanding that life was always in flux.

“I became aware of the many assumptions and systemic biases lodged in my psyche about all of life. This included assumption that day was more valuable than night.”

Like the inflow and outflow of the breath in meditation teaches us, from the brightest day to the darkest night, from the fertility of spring to the fallow of winter, there is one continual cycle of life. Every ending is a beginning, and every beginning is an ending. Life is a constant transient cycle of creating and letting go, birth and death, emerging and dissolving, light and dark.

Nothing exists in initiation or completion. Everything is moving, cycling, and in a continuous state of sacred flux. Like the wintertime or the exhale, some moments in the process are about slowing down and emptying, and like the springtime or the inhale, some celebrate acceleration and creation. Even diurnal plants and animals remain in the process of growth at night; it is merely slowed down and hidden in the dark. Life does not stop when the sun goes down.

Through Zen practice, I became aware of the many assumptions and systemic biases lodged in my psyche about all of life. This included assumption that day was more valuable than night. This included the assumption that dark and light, night and day, were separate. At the same time, I began to learn how to meet pleasant internal states and more tumultuous states with a quality of kind neutrality, understanding my experience as a spectrum that contained it all.

“Because day is the domain of activity, productivity, and the conscious mind, it is generally considered to be more relevant than the night.”

I found humor in the use of the English language to reference “the past day” instead of “the past cycle of day and night.” While life is based on a twenty-four-hour cycle that includes both night and day, we traditionally refer to it as “sun to sun,” thereby highlighting the day (light) rather than the night (dark). Because day is the domain of activity, productivity, and the conscious mind, it is generally considered to be more relevant than the night. It is the night, however, that provides us time for restoration, stillness, empty space, and freedom for the subconscious mind.