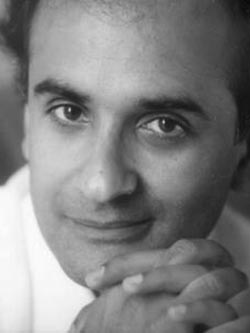 Lao Tzu said, ‘The further one travels, the less one knows,’ a sentiment echoed by Stephen Dunn in his poem Tangier: that there is no salvation in elsewhere but rather in the immediacy of our very own doorsteps. However, could the depletion of knowledge also be a kind of positive opening to the world in which we shake ourselves out of the ‘sleepwalk’ of our ordinary lives and find joy in the things we don’t know? This has always been travel writer Pico Iyer’s motivation, and he sets it out beautifully in this excerpt from an article called ‘The Long Road to Sitting Still – Why Should a Buddhist Travel?’ published in Tricycle magazine back in 2012. He draws on the inspirations of Henry David Thoreau, D.H. Lawrence and Peter Matthiessen to understand what it is that drives us to dusty, foreign lands, and what it is that we eventually find there.

Nearly all my travels, I sometimes feel, have been an attempt to journey deeper into the wisdom of my favorite traveler—and Emerson’s friend—Henry David Thoreau: “It is not worth the while to go round the world to count the cats in Zanzibar.” Thoreau is thought to have translated excerpts from the Lotus Sutra into English (from French) a few years before he wrote those words, and given us all a bracing example of how real exploration and truth come from sitting in one place, seeing through—in every sense of those words—all the delusions and projections we foist upon the world, especially when we assume that real life or understanding is happening somewhere else. He found India, China, Persia in Walden Pond; he found life and death and friendship and solitude.

“I measure distance inward,” he pointed out, and “to travel and ‘descry new lands’ is to think new thoughts and have new imaginings.” And yet these new imaginings and thoughts sometimes come to us most powerfully when we’re surrounded by the alien, or what we cannot understand, and the very act of taking off on a journey speaks for a kind of openness and ripeness that is in fact the first step on the road to transformation. It’s a public recognition that you don’t know everything and that some of those things can come to you as readily on the road as on the mat; it’s a way of setting your senses at the level marked “ON,” slapping yourself awake and trying to join that much larger sense of self—or non-self—we sometimes lose when we’re sleepwalking through our lives.

And so I take myself off, often to pilgrimage spots sacred to other people—Jerusalem, Varanasi, Koyasan, the rich red interior of Australia—in order to witness the truths of the billions outside myself. Go to the Jokhang Temple at the center of Lhasa and, in its flickering candlelight, see the excited faces, the tears, the deeply human hopes that people are bringing to its statues, many of them having traveled thousands of miles to be there, some having prostrated every step of the way. See the Dalai Lama himself, born to a very isolated land, visibly savoring the opportunity to travel and learn from other traditions, while refining and deepening his clear and objective sense of what the world is. Like the man he calls his “boss,” the Buddha, this doctor of the mind realizes that the first mandate of any physician is, as it were, to take the temperature and assess the condition of his patient, whether that’s himself or someone sitting outside himself; he also reminds us that the first mandate of any patient is to go out and see the doctor—who is not always, or unfailingly, himself.

From Basho to Thich Nhat Hanh, Buddhists have traveled, precisely to remind themselves of the importance of alertness (“Develop a mind that alights nowhere,” as the Lotus Sutra says), even if they never forget that the core of their practice is stillness. Physical movement is not in itself important, but it can be the catalyst, as Lawrence pointed out, to being moved or taken out of yourself; one of the easiest ways of jolting oneself awake and free of habits and assumptions. Look outside your window; walk outside your room. Drive across town to where three Vietnamese in their restaurant are bringing almost unimaginable stories of suffering and persistence to the town in which you were born.

Why go round the world to count the cats in Zanzibar, I tell my beloved teacher Thoreau? Because you have something to give those cats, beyond just counting them. Because counting them is how you can get them placed on an “endangered species” list and make sure they have a future. Because counting the cats in Zanzibar is a way of putting Santa Cruz in perspective. Because the fellow travelers you meet along the road to Zanzibar may have so much in common with you that you can learn from them, and give to them, as you could not so easily do at home.

One of the great pilgrimage stories in any tradition, surely, is The Snow Leopard, by Peter Matthiessen. At the very dawn of his Zen studies, Matthiessen goes, with a professional zoologist, to count the cats in Inner Dolpo and to set eyes on one of the world’s rare and elusive creatures. But he’s also traveling, we soon realize, to see through the folly of such a venture (for him, not a professional zoologist). He’s traveling to look past the delusions of travel, to come face to face with the world and the memory of the young wife he’s just lost to cancer, so easily sidestepped if he were to stay at home. He’s traveling to see how the Buddhism that he’s beginning to learn about instructs and guides those born to the tradition; he’s traveling into isolation and high altitudes to confront his own anger and restlessness and spiritual ambition.

He didn’t see the snow leopard, which makes the whole trip worthwhile.

It’s not pilgrimage, in other words, that’s our undoing; it’s the thought that we will get anything out of it. Become a pilgrim with no agenda—no hope of finding anything—and who knows what may come to you? The problem is rarely in the activity, but in the hopes that we bring to it; everything can be a pilgrimage— even a trip to a tsunami-stricken fishing village—if only you can approach it in the right spirit, with clear-eyed attention.

From ‘The Long Road to Sitting Still‘, published in Tricycle Magazine, Fall 2012