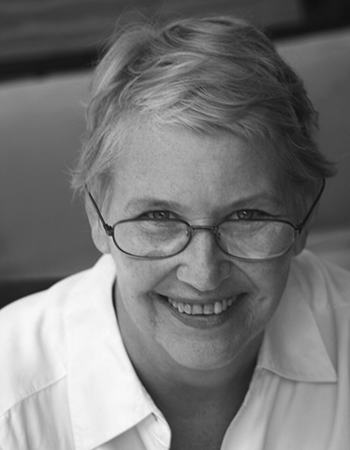 “Say you have seen an ordinary bit of what is real, the infinite fabric of time that eternity shoots through, and time’s soft-skinned people working and dying under slowly shifting stars. Then what?”

Mary Oliver‘s unforgettably provocative question, ‘what is it you plan to do/with your one wild and precious life?’ resonates through this essay by Annie Dillard that celebrates humanity by taking the widest view of all our activity, hopes, dreams and values. If we could be up a beanpole and see all the space and time of the human race, what would we do? If we were like the visionary in Plato’s Cave, awakened and alive to warp and weft of the fabric of being and the way in which it ‘both passes among the stars and encloses them’, how would we respond? What would we change? How would we communicate what we have seen and understood? Would we even try or would we come back to our lives with our expanded perspectives and more wholeheartedly enjoy them just for what they are?

Any culture tells you how to live your one and only life: to wit, as everyone else does.

Probably most cultures prize, as ours rightly does, making a contribution by working hard at work that you love; being in the know, and intelligent; gathering a surplus; and loving your family above all, and your dog, your cat; bird-watching. Beyond those things our culture may place a special focus on money, on celebrity, on physical beauty. These are not universal.

Elsewhere it might be: You wear the best shoes you can afford, you seek to know Rome’s best restaurants and their staffs, drive the best car, and vacation on Tenerife. And what a cook you are!

Or you take the next tribe’s pigs in thrilling raids; you grill yams; you trade for televisions and hunt white-plumed birds. Everyone you know agrees: This is the life. Perhaps you burn captives. You set fire to drunks. Yours is the human struggle, or the elite one, to achieve … whatever your own culture tells you: to publish the paper that proves the point; to progress in the firm and gain high title and salary, stock options, benefits; to get the loan to store the beans till their price rises; to elude capture; to feed your children or educate them to a feather edge; to count coup or perfect your calligraphy; to eat the king’s deer or catch the poacher; to spear the seal, intimidate the enemy, and be a big man or beloved woman and die respected for the pigs or the title or the shoes. Not a funeral. Forget funeral. A big birthday party.

Since everyone around you agrees ever since there were people on earth that land is value, or labor is value, or learning is value, or title, degree, necklaces, murex shells, the ownership of slaves. Everyone knows bees sting and ghosts haunt and giving your robes away humiliates your rivals. That the enemies are barbarians. That wise men swim through the rock of the earth; that houses breed filth, airstrips attract airplanes, tornadoes punish, ancestors watch, and you can buy a shorter stay in purgatory. The black rock is holy, or the scroll; or the pangolin is holy, the quetzal is holy, this tree, water, rock, stone, cow, cross, or mountain—and it’s all true. The Red Sox. Or nothing at all is holy, as everyone intelligent knows.

Who is your everyone? Chess masters scarcely surround themselves with motocross racers. Do you want aborigines at your birthday party? Or is it yak-butter tea you are serving?

Who is your everyone? Chess masters scarcely surround themselves with motocross racers. Do you want aborigines at your birthday party? Or is it yak-butter tea you are serving? Popular culture deals not in its distant past, or any other past, or any other culture. You know no one who longs to buy a mule or be presented at court or thrown into a volcano.

So the illusion, like the visual field, is complete. It has no holes except books you read and soon forget. And death takes us by storm. What was that, that life? What else offered? If for him it was contract bridge, if for her it was copyright law, if for everyone it was and is an optimal mix of family and friends, learning, contribution, and joy—of making and ameliorating—what else is there, or was there, or will there ever be?

What else is a vision or fact of time and the peoples it bears issuing from the mouth of the cosmos, from the round mouth of eternity, in a wide and particolored utterance. In the complex weave of this utterance like fabric, in its infinite domestic interstices, the centuries and continents and classes dwell. Each people knows only its own squares in the weave, its wars and instruments and arts, and also perhaps the starry sky.

Okay, and then what? Say you manage to scale your own weft and see time’s breadth and the length of space. You see the way the fabric both passes among the stars and encloses them. You see in the weave nearby, and aslant farther off, the peoples variously scandalized or exalted in their squares. They work on their projects—they flake spear points, hoe, plant; they kill aurochs or one another; they prepare sacrifices—as we here and now work on our project. What, seeing this spread multiply infinitely in every direction, would you do differently? Would you change your project? To what? Whatever you do, it has likely brought delight to fewer people than either contract bridge or the Red Sox.

However many more people come, your time and its passions, you yourself and your passions, weigh but equally in the balance with those of any dead who pulled waterwheel poles by the Nile or Yellow Rivers, or painted their foreheads black, or starved in the wilderness, or wasted from disease, then or now.

However hypnotized you and your people are, you will be just as dead in their war, our war. However dead you are, more people will come. However many more people come, your time and its passions, you yourself and your passions, weigh but equally in the balance with those of any dead who pulled waterwheel poles by the Nile or Yellow Rivers, or painted their foreheads black, or starved in the wilderness, or wasted from disease, then or now. Our lives and our deaths surely count equally, or we must abandon one-man-one-vote, dismantle democracy, and assign seven billion people an importance-of-life ranking from one to seven billion.

What would you do differently, you up on your beanstalk looking at scenes of all peoples at all times in all places? When you climb down, would you dance any less to the music you love, knowing that music to be provisional as a bug? Somebody has to make jogging shoes, to turn the soil, fish. If you descend the long rope ladders back to your people, your own time in the fabric, if you tell them what you have seen, and should someone care to listen, then what? Everyone knows times and cultures are plural. If you come back a shrugging relativist or a stiff-tongued absolutist, then what? If you spend hours a day looking around, high astraddle the warp or woof of your people’s wall, then what new wisdom might you take to your grave for worms to untangle? Well, maybe you will not go into advertising. But what work suits? You might know your own death better, though dread it no less. Will you try to bring people up the wall-carry children to see it—to what end? Fewer golf courses? What’s wrong with golf? Nothing at all. Equality of wealth? Sure; how?

The woman watching sheep over there, the man who carries embers in a pierced clay ball, the engineer, the girl who spins wool into yarn as she climbs, the smelter, the babies learning to recognize speech in their own languages, the man whipping a slave’s flayed back, the man digging roots, the woman digging roots, the child digging roots—what would you tell them? And the future people—what are they doing? What excitements sweep peoples here and there from time to time? Into the muddy river they go, into the trenches, into the caves, into the mines, into the granary, into the sea in boats. Most humans who were ever alive lived inside a single culture that had not changed for hundreds of thousands of years.

Most humans who were ever alive lived inside a single culture that had not changed for hundreds of thousands of years.

People look at the sky and at the other animals. They make beautiful objects, beautiful sounds, beautiful motions of their bodies beating drums in lines. They pray; they toss people in peat bogs; they help the sick and injured; they pierce their lips, their noses, ears; they make the same mistakes despite religion, written language, philosophy, and science. They build, they kill, they preserve, they count and figure, they boil the pot, they keep the embers alive; they tell their stories and gird themselves.

Will knowledge you experience directly make you a Buddhist? Must you forfeit excitement per se? To what end?

Say you have seen an ordinary bit of what is real, the infinite fabric of time that eternity shoots through, and time’s soft-skinned people working and dying under slowly shifting stars. Then what?

Annie Dillard
From: The Abundance