“To be nobody-but-yourself-in a world which is doing its best, night and day, to make you everybody else – means to fight the hardest battle which any human being can fight.” 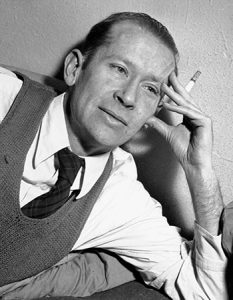 In a way similar to Rilke’s tender advice to a young poet, E.E. Cummings wrote this short missive to young poets that was published in Spectator magazine in 1955. In it, he urges them to have confidence in themselves and their expression in a way that echoes Shunryu Suzuki’s advice about free and authentic expression. He is emphatic about drawing a distinction between thinking, believing, knowing and feeling, the latter being the territory of real art and poetry. This life, he assures the younglings, is ‘the most wonderful life on earth.’

A poet is somebody who feels, and who expresses his feeling through words.

This may sound easy. It isn’t.

Almost anybody can learn to think or believe or know, but not a single human being can be taught to feel. Why? Because whenever you think or you believe or you know, you’re a lot of other people: but the moment you feel, you’re nobody-but-yourself.

To be nobody-but-yourself-in a world which is doing its best, night and day, to make you everybody else – means to fight the hardest battle which any human being can fight; and never stop fighting.

As for expressing nobody-but-yourself in words, that means working just a little harder than anybody who isn’t a poet can possibly imagine. Why? Because nothing is quite as easy as using words like somebody else. We all of us do exactly this nearly all of the time-and whenever we do it, we’re not poets.

If, at the end of your first ten or fifteen years of fighting and working and feeling, you find you’ve written one line of one poem, you’ll be very lucky indeed.

And so my advice to all young people who wish to become poets is: do something easy, like learning how to blow up the world – unless you’re not only willing, but glad, to feel and work and fight till you die.

Does this sound dismal? It isn’t.

It’s the most wonderful life on earth.

1 thought on “E.E. Cummings – A Poet’s Advice to Students”