Jennifer Hollis’ poem sits on the threshold of motherhood, at the moment of transition when the personal and intimately known is sent out into a world keen to lay claim to it with a designation. The loss of the silent, oceanic wholeness as the mother and child are separated is expressed through the mother’s disoriented acknowledgement that since she has not named the bones in her wrists and her twin kidneys, then why would she name her child?

the midwives gave me two impossible tasks:
They told me to nurse. And they asked for his name.

Within me, the boy was an unpainted boat, an aspen seed.
I have not named the bones of my wrist, my twin kidneys.

The midwives lettered my name with a sharpie
on the plastic bassinet, on his plastic hospital bracelet.

Second wife, stepmother, I am mostly anonymous.
Finally one of these people had my name.

The nurse handed us dog-eared books of baby names.
We could leave without one but there would be paperwork.

On the second day, my husband gave him one name.
My stepdaughter gave him a second. I said Yes.

I turned the words in my mouth like two cold marbles.
I whispered them and sang as we nursed.

Now he had his father’s name, like his brother and sister.
Now he was gone, one of the children and not one of me. 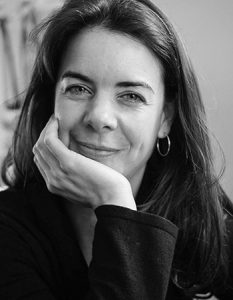 Jennifer L. Hollis is a writer, music-thanatologist, and the author of Music at the End of Life: Easing the Pain and Preparing the Passage (Praeger). Her essays have appeared in the New York Times, the Washington Post, The Rumpus, Harvard Review, Jellyfish Review, and other publications. Her poems have appeared in Breakwater Review, Atlanta Review, Cagibi and other publications. You can follow her on Twitter.