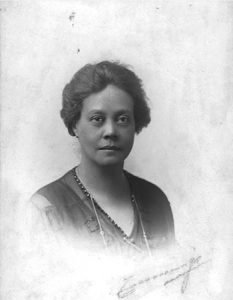 “So dreams he on, his happy life to pass
Content, without ambitions painful sighs,
Until the sands run down into the glass;
He smiles—content—unmoved and dies.”

Alice Dunbar Nelson was a poet, author and essayist born in New Orleans towards the end of the 19th century. Her background was multi-racial—her mother was an African American seamstress who was a former slave, and her father was a white seaman. Alice eventually moved to New York and became a prominent voice within the Harlem Renaissance. Her poem, The Idler, was featured in a collection that was published when she was just 20 years old. In it, she takes up the cause of an ‘idle lingerer’ standing outside the rush of a society which ‘scorned his slowness’. The world is a flame, she argues in the last stanza, which decimates ‘poor mothlings’ like this idler, but our ‘desperate deals’ will be likewise snuffed out when we are all eventually hurled into the same infinitude. The poem is an echo of Jenny Odell’s defense of doing nothing and Pablo Neruda’s call to silence.

An idle lingerer on the wayside’s road,
He gathers up his work and yawns away;
A little longer, ere the tiresome load
Shall be reduced to ashes or to clay.

No matter if the world has marched along,
And scorned his slowness as it quickly passed;
No matter, if amid the busy throng,
He greets some face, infantile at the last.

His mission? Well, there is but one,
And if it is a mission he knows it, nay,
To be a happy idler, to lounge and sun,
And dreaming, pass his long-drawn days away.

So dreams he on, his happy life to pass
Content, without ambitions painful sighs,
Until the sands run down into the glass;
He smiles—content—unmoved and dies.

And yet, with all the pity that you feel
For this poor mothling of that flame, the world;
Are you the better for your desperate deal,
When you, like him, into infinitude are hurled?