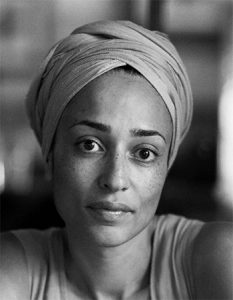 “Suffering applies itself directly to its subject and will not be shamed out of itself or eradicated by righteous argument, no matter how objectively correct that argument may be.”

Two of the major talking points for 2020 have been the fallout from COVID-19 and privilege. We are seeing how one affects the other and how privilege has in many ways protected a large section of society from the worst blows of the disease. But does the discourse about privilege still work in the same way when we consider the suffering of individuals from any walk of life? This is question that Zadie Smith takes up in her essay, Suffering Like Mel Gibson, in which she encourages her reader not to fall for the adage that there is such a thing as ‘real suffering’ that makes our current trials – which might seem trivial in the relative sense – irrelevant. Suffering, she writes, is absolute and valid and cannot be mediated by argument or transformed by action the way that acknowledgment of privilege can.

Just before the global shit hit the fan, we were in a long, involved cultural conversation about “privilege.” We were teaching ourselves how to be more aware of the relative nature of various forms of privilege, and their dependence on intersections of class, race, gender and so on. As clarifying as this conversation often was, it strikes me that it cannot now be applied, without modification, to the category of suffering. The temptation to overlay the first discourse upon the second is strong: privilege and suffering have a lot in common. They both manifest as bubbles, containing a person and distorting their vision. But it is possible to penetrate the bubble of privilege and even pop it whereas the suffering bubble is impermeable. Language, logic, argument, rationale and relative perspective itself are no match for it. Suffering applies itself directly to its subject and will not be shamed out of itself or eradicated by righteous argument, no matter how objectively correct that argument may be.

Everyone has an anecdote about privilege they like to tell, a moment when they realized they, or somebody else, were seeing through a veil of assumption and/or relative ignorance. Mine is minor but I like it. Once upon a time when my kids were still small I was standing in line for a sandwich at Subway, with my son strapped to my body. In front of me, two women-whom I took to be African-American and South Asian respectively–were having a conversation. Nosy as I am about other people’s lives, I was listening in. To my ear they were obviously working class women, both with a robust sense of humor and plenty of lively opinions. They were great to listen to. And they happened to have landed on one of my favorite subjects, over which, back then, I frequently liked to ride my high horse: technology and children.

“Privilege and suffering have a lot in common. They both manifest as bubbles, containing a person and distorting their vision. But it is possible to penetrate the bubble of privilege and even pop it whereas the suffering bubble is impermeable.”

“I couldn’t believe it,” the black lady said to the brown lady, “I’m walking down 8th and here’s this white lady with a kid in a buggy, couldn’t have been more than nine months old, and here’s this kid just sitting in there and he’s holding an iPad.” The brown lady laughed, groaned and rolled her eyes: “Oh my God. These people are really something.” “Can you believe that shit?” asked the black lady, and it took everything I had to restrain myself and not join in this horrified assessment of the incompetent parenting of rich people, too lazy or busy to relate to their own babies, giving damaging, mind-altering technology to infants. Infants! “Nine hundred dollars!” cried the brown lady, with real disgust. “Imagine giving something worth nine hundred dollars to a baby.” “These people got rent money to burn,” confirmed the first lady, and together they laughed ruefully at the profligate fools of 8th Street.

The profligate fool behind them hung her head in relative shame. And then laughed at herself. In my privilege, I had mistaken one kind of ethical argument for another. An especially bracing experience for me, as only a few years earlier I would not have made such a mistake. Class is a bubble, formed by privilege, shaping and manipulating your conception of reality. But it can at least be brought to mind; acknowledged, comprehended, even atoned for through transformative action. By comparing your relative privilege with that of others you may be able to modify both your world and the worlds outside of your world—if the will is there to do it. Suffering is not like that. Suffering is not relative; it is absolute. Suffering has an absolute relation to the suffering individual—it cannot be easily mediated by a third term like “privilege.” If it could, the CEO’s daughter would never starve herself, nor the movie idol ever put a bullet in his own brain. Early on in the crisis, I read a news story concerning a young woman of only seventeen, who had killed herself three weeks into lockdown, because she “couldn’t go out and see her friends.” She was not a nurse, with inadequate PPE and a long commute, arriving at a ward of terrified people, bracing herself for a long day of death. But her suffering, like all suffering, was an absolute in her own mind, and applied itself to her body and mind as if uniquely shaped for her, and she could not overcome it and so she died.