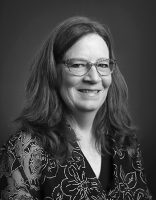 Caroline Goodwin’s Not, I’ll Not is a haunting poem in three parts which takes its title from Gerard Manley Hopkins’ sonnet about meeting suffering, Carrion Comfort and explores some of the ideas in the psychedelic rock group Heron Oblivion’s song, Beneath Fields.

Lay a lion limb. Tie up the branch, ask
too soon for the ring or even

for the word. In the rushes, explosions. When
we rediscover one another,

the hill takes on unseemly proportions.
Grows by spreading. By a frond, by

a tower of jewels. At some point, the lobed
or divided leaves of the violet. The loved.

The swarm of blue bottles and even
a cluster of tiny antennae. In the swaying

grasses, I heard all the voices: too late, too late,
too late, the tilting room, the silver anklet.

was awen, the word was fish. I pronounced the word
to you in the musk ox room at eventide,

under the quilt. At YouTube headquarters,
the shooter came out on her knees.

On her curlew, muskrat, bittern, anemone
bulb and fin. When I carry the wooden

bowl, it’s your hand. When I fall, when I
burn out to the rising sun, O Lord,

O flannel shirt, O salmon leather, fireside chat. I’ll be
the one on the sidewalk rolling up the fragrant leaves.

Be heron, be oblivion. Where you at? If I push
the wheel: suffering. If I speak the dreams

of others (others) if I hold you tight and light
up the rose fountain, break the sky?

Will you come to me then, blue skull, be me,
be mine? Indeed, there will be time after dark

for the silver owl, the seawall, green paint. My breath
along the waterway, how it finds you, opens

the pistil and ovary, the ornamental rush. I
am the one you’ve been waiting for.

All this time. I am the pasture and sedge, turning
and turning under the fences, light.

Caroline Goodwin moved to the Bay Area from Sitka, Alaska in 1999 to attend Stanford as a Wallace Stegner Fellow in poetry. Her books are Trapline (JackLeg Press, 2013), Peregrine (Finishing Line Press, 2015), The Paper Tree (Big Yes Press, 2017) and Custody of the Eyes (Dancing Girl Press, 2019). Her poem “Snaketime III” was awarded second place by Carl Phillips in The Sewanee Review’s 2019 poetry contest and her essay “A Widow’s Guide to OKCupid” was awarded second place in Cutthroat Journal’s Barry Lopez Nonfiction contest, judged by Heid E. Erdrich. She lives on the San Mateo Coast with her two daughters and Jimi Hendrix the Pug.

2 thoughts on “Caroline Goodwin – Not, I’ll Not”