“Even though he may be physically alone, the solitary remains united to others and lives in profound solidarity with them, but on a deeper and mystical level.” 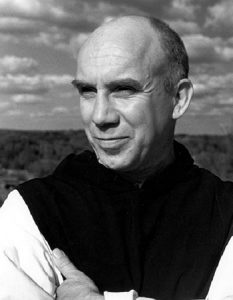 How can we stay connected through solitude and how can doing nothing enrich us? These snippets from a collection of Thomas Merton’s writings talk about our attitudes to solitude and authentic identity, as well as the idea that the more we do, the richer our lives are. If we begin with the agreement that ‘all men are solitary,’ we can begin to understand the deeper meaning of human unity which goes beyond the facade of social union, and the same goes for the veneer of activity where quality of experience is traded for quantity. Cessation of activity, he argues, can be a very desirable thing: ‘There are times, then,’ Merton writes, ‘when in order to keep ourselves in existence at all we simply have to sit back for a while and do nothing.’

In reality, all men are solitary. Only most of them are so averse to being alone, or to feeling alone that they do everything they can to forget their solitude.

That one who is called to solitude is not called merely to imagine himself solitary, to live as if he were solitary, to cultivate the illusion that he is different, withdrawn and elevated. He is called to emptiness.

And in this emptiness he does not find points upon which to base a contrast between himself and others. On the contrary, he realizes, though perhaps confusedly, that he has entered into a solitude that is really shared by everyone.

It is not that he is solitary while everybody else is social: but that everyone is solitary.

What the solitary renounces is not his union with other men, but rather the deceptive fictions and inadequate symbols which tend to take the place of genuine social unity – to produce a façade of apparent unity without really uniting men on a deep level.

Even though he may be physically alone, the solitary remains united to others and lives in profound solidarity with them, but on a deeper and mystical level.

Man is not himself. He has lost himself in the falsities and illusions of a massive organization. How can he recover his authenticity and his true identity?

What is meant by identity? For practical purposes here we are talking about one’s own authentic and personal beliefs and convictions, based on experience of oneself as a person, experience of one’s ability to choose and reject even good things which are not relevant to one’s own life.

One does not receive ‘identity’ in this sense along with life and vegetative existence. To have identity is not merely to have a face and a name, a recognizable physical presence. Identity in this deep sense is something that one must create for oneself by choices that are significant and that require a courageous commitment in the face of anguish and risk.

This means much more than just having an address and a name in the telephone book. It means having a belief one stands by; it means having certain definite ways of responding to life, of meeting its demands, of loving other people, and in the last analysis, of serving God.

In this sense, identity is one’s witness to truth in one’s life.

The fact that our being necessarily demands to be expressed in action should not lead us to believe that as soon as we stop acting we cease to exist.

We do not live merely in order to ‘do something’ – no matter what. We do not live more fully merely by doing more, seeing more, tasting more, and experiencing more than we ever have before.

Everything depends on the quality of our acts and our experiences. A multitude of badly performed actions and of experiences only half-lived exhausts and depletes our being.

By doing things badly we make ourselves less real. This growing unreality cannot help but make us unhappy and fill us with a sense of guilt.

There are times, then, when in order to keep ourselves in existence at all we simply have to sit back for a while and do nothing. And for a man who has let himself be drawn completely out of himself by his activity, nothing is more difficult than to sit still and rest, doing nothing at all.

We must first recover the possession of our own being before we can act wisely or taste any experience in its reality.

1 thought on “Thomas Merton on Solitude, Authenticity and Being”