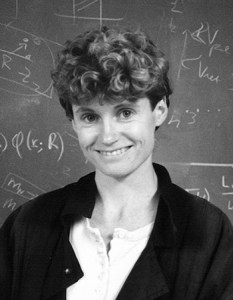 “Sometimes as an antidote
To fear of death,
I eat the stars.”

Rebecca Elson was a Canadian-American astronomer who wrote a book of poems titled A Responsibility to Awe. In her poems, she expressed the wonder she felt for her own existence and for the universe she had spent her life studying and writing about in academic papers. in this poem from that collection, she tries to square the reality and the scale of her own small body and life to the vastness of space and time around her. Her vision is one of an eternal whole, of which we have been a part since the beginning, then ‘unconstrained by form’ when the universe was young and ‘still warm as blood.’ Elson died in 1999 at the age of 39 from non-Hodgkins lymphoma, a disease very rare in a person of her age.

Antidotes to Fear of Death

Sometimes as an antidote
To fear of death,
I eat the stars.

Those nights, lying on my back,
I suck them from the quenching dark
Til they are all, all inside me,
Pepper hot and sharp.

Sometimes, instead, I stir myself
Into a universe still young,
Still warm as blood:

No outer space, just space,
The light of all the not yet stars
Drifting like a bright mist,
And all of us, and everything
Already there
But unconstrained by form.

And sometime it’s enough
To lie down here on earth
Beside our long ancestral bones:

To walk across the cobble fields
Of our discarded skulls,
Each like a treasure, like a chrysalis,
Thinking: whatever left these husks
Flew off on bright wings.

5 thoughts on “Rebecca Elson – Antidotes to Fear of Death”