Holly Allen’s poem Michigan Green recalls the summers spent in Michigan with her great-grandmother. ‘She lived in a wooded area right on the bank of a channel. To me, compared to the crowded cities and dry heat of California summers, this felt like a completely different world. I spent most of my time swimming the channel and wandering the wooded areas with my great-grandmother teaching me the names for all the plants and animals- sunfish, for example. I was always curious about the etymology of the words and whether their names really said anything about their character. I guess that idea never left.’ 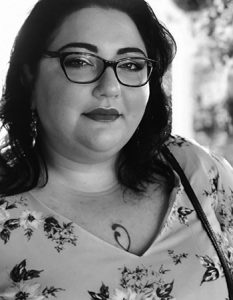 Holly Eva Allen is a writer currently living in California. She has a degree in linguistics and English from the University of California. Her work has been previously published in magazines and sites such as Levee Magazine, Blue Unicorn, The Courtship of Winds, and The Slanted House. She is currently working on a Master’s in English at Claremont Graduate University.