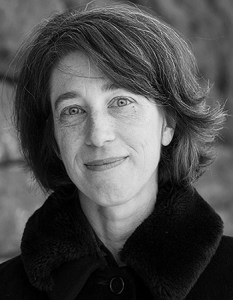 “We see, but we do not see: we use our eyes, but our gaze is glancing, frivolously considering its object. We see the signs, but not their meanings. We are not blinded, but we have blinders.”

What does it really mean to pay attention? Is it beneficial? And how can we bring the practice of paying attention deeper into our lives? These are questions that Alexandra Horowitz asks in her book, On Looking: A Walker’s Guide to the Art of Observation, in which she considers attention through the simple act of walking a city block. What are the things we take for granted, perceptually? What does it mean for a person really look at something and absorb their environment, in a new way, every time? Attention, she suggests, is skill to be honed and noticed and worked with, and the best way to do it is to start with the simplest, most familiar thing, like a walk around the block.

As it turns out, I was missing pretty much everything. After taking the walks [described in this book], I would find myself at once alarmed, delighted, and humbled at the limitations of my ordinary looking. My consolation is that this deficiency of mine is quite human. We see, but we do not see: we use our eyes, but our gaze is glancing, frivolously considering its object. We see the signs, but not their meanings. We are not blinded, but we have blinders.

My deficiency is one of attention: I simply was not paying close enough attention. Though paying attention seems simple, there are numerous forms of payment. I reckon that every child has been admonished by teacher or parent to “pay attention.” But no one tells you how to do that.

The consensus is that it is in some way taxing. Gustave Fechner, a nineteenth century German psychophysicist, claimed he felt a physical sensation when attending: “a strain forward in the eyes,” and when listening, “one directed sidewise in the ears.” The American father of modern psychology, William James, reported that when attending to a memory, he felt “an actual rolling outwards and upwards of the eyeballs,” as though fixing on the striations of neurons in the interior of his head. In researching what people perceived attention to be, psychologists found that schoolteachers instructed their students to pay attention to an image by “holding the image still as one would with a camera.” To concentrate, to pay attention, is viewed as a brow-furrowing exercise. Sit still, don’t blink, and attend.

“I reckon that every child has been admonished by teacher or parent to “pay attention.” But no one tells you how to do that.“

Given a thorny sentence to read, or asked to listen to a whispered secret while a truck rumbles by, you will quickly be brought to that mind-straining place that James and Fechner described. We take on a characteristic attentive pose. In reading, you might frown slightly, your eyes narrowed as though contracting the words into finer focus. In listening, you may lean toward the speaker, looking down to avoid visual distraction, your mouth falling slightly open. You hold something tensed-a flexed foot, fingers curled into a loose fist, shoulders raised protectively. You are surprisingly still, as though the noise of your muscle movement might drown out a whisper.

This may do for a moment of concentration, but it is not the way to better attention in your daily life. For that, we need to know what attention is. The very concept is odd. Is it an ability, a tendency, a skill? Is it processed in a special nugget in the brain, or by your eyes and ears? The psychologists have no clear answer. Since we all feel comfortable using the word, it has been customary to agreeably nod when someone starts talking to you about attention, but is it coherent to discuss some thing that we cannot even define, much less locate?

Surely “everyone knows what attention is,” claimed James over a century ago. Maybe, but it is notable that James himself then spent sixty pages of his psychology opus largely theorizing about what exactly it might be. If we are unsure what attention is, we are bound to have difficulty honing it.

“If we are unsure what attention is, we are bound to have difficulty honing it.”

The longtime model used by psychologists is that of a “spotlight” that picks out particular items of interest to examine, bringing some things into focus and awareness while leaving other things in the dim, dusty sidelines. The metaphor makes me feel like a headlight-wearing spelunker who can only see what is right in front of her in the darkness of the cave. Such a comparison can be misleading, because in fact one can still report on what was within one’s peripheral vision at rates better than chance. And despite that spotlight, we seem to miss huge elements of the thing we are ostensibly attending to.

A better way of thinking about attention is to consider the problems that evolution might have designed “attention” to solve. The first problem emerges from the nature of the world. The world is wildly distracting. It is full of brightly colored things, large things casting shadows, quickly moving things, approaching things, loud things, irregular things, smelly things. This cacophony can be found right outside your house or apartment.

“One way to solve the problem of the “blooming, buzzing confusion” an infant confronts on entering the world is to tune much of it out. As we grow up, over the course of days and months, we learn to deal with the confusion by paying little of it mind.”

Should someone see us standing quietly on the sidewalk in front of an apartment building, and ask us, “What’s up?” we might be hard-pressed to respond accurately: “My eyes are being tickled with a splendid display of colors; we are surrounded by improbably large stone towers; occasionally a storm of metal and plastic roars by me on the street; soft-faced irregularly-moving forms come near me and pass by; smaller tight-bodied things move by my head in the air, there is a rumble from somewhere, intermittent jabbers from the soft faces, continual hums from these stone towers; my nose is attracted and repelled by something ripe and rotting …” we could begin.

Instead, we say, “Nothing much.”

And “nothing” is more or less what we notice, in fact. One way to solve the problem of the “blooming, buzzing confusion” an infant confronts on entering the world is to tune much of it out. As we grow up, over the course of days and months, we learn to deal with the confusion by paying little of it mind. By the time we are old enough to walk outside to the sidewalk, we have organized the perceptual melee into chunks of recognizable objects. After a few years, we learn to see the street scene-without really seeing it at all.

Alexandra Horowitz
From – On Looking: A Walker’s Guide to the Art of Observation

2 thoughts on “What is Attention?”