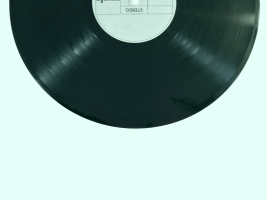 I HAVE A PHOTOGRAPH of my childhood self taken by my Aunt Sandy. In the picture she has tamed my scraggly hair and combed it into a neat blonde bob, and brushed pink powder onto my cheeks. I’m wearing padded headphones and holding an album of the ’70s band Chicago, the record that looks like a chocolate bar being unwrapped.

Aunt Sandy lived with my grandparents on Hillside Street. The baby of eight children, she was much younger than my father who was third in line. When we visited her she would let my sisters and me come into her room and listen to her albums like Fleetwood Mac, Peter Frampton and the Bee Gees while she gave us makeovers.

When I was eleven years old, I told Aunt Sandy that I loved the song “Imagine.” After John Lennon was killed in December of 1980, the song was revived on the airwaves and cast a spell on me. My preteen soul said, “yes, this” when I heard the piano and the lyrics about peace and unity. As we sat there on my Granny’s couch, she told me that it was a terrible song. She said that, as a Christian, I couldn’t love that song because it’s about no religion and no heaven. Her words were final. I was ashamed as only a people-pleasing, aunt-worshipping child could be.

After that, when I heard the song, I tried to hear it the way Aunt Sandy did, but I couldn’t. I never stopped loving it. While some see God and the afterlife with certainty, I am still imagining. What if it’s enough to have “above us only sky”? 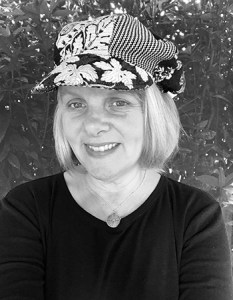 April Nance is a native of western North Carolina. She serves as Fresco Host at Haywood Street Congregation, an urban ministry in downtown Asheville, NC. In this role, she welcomes guests into a space where art and faith intersect, and where the sacred worth of all people is celebrated. As a writer, she is drawn to reflecting on the stuff of everyday life, and how personal stories provide insight into our collective past and the future.