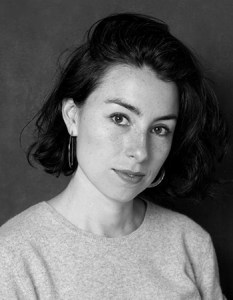 “Even if we are not all fated to circle a single story for our whole lives, perhaps we are obliged to follow a single thought all the way until we have finished it. Thoughts can take years.”

In an interview with So Many Damn Books, Jordan Kisner describes her book of essays Thin Places as charting her own curiosity about how the religious impulse manifests in American secular life, adding that she sees it as a ‘stop along my path towards figuring out how to be a person.’ This essay titled, Soon This Space Will Be Too Small, is a short musing about circular themes and thoughts that can revolve around a whole lifetime – in this case, a story told by the singer Lhasa de Sela describing an idea her father had about the circularity of our lives and the ways in which we pass through worlds and grow and die as we pass through into other worlds and lives.

Soon This Space Will Be Too Small

From time to time you’ll hear a writer suggest that we are all cursed, like Kierkegaard, to tell the same story over and over forever. Maggie Nelson suggests, less morosely, that we may “undergo the same realizations, write the same notes in the margin, return to the same themes in one’s work, relearn the same emotional truths” not because we’re cursed or stuck but because in fact “such revisitations constitute a life.” She calls it, paraphrasing the psychoanalyst Donald Winnicott, “ordinary devotion.”

Even if we are not all fated to circle a single story for our whole lives, perhaps we are obliged to follow a single thought all the way until we have finished it. Thoughts can take years. Lately I have been listening to a recording made by the songwriter Lhasa de Sela shortly before she died, at age thirty-seven, of breast cancer. When you talk about Lhasa in a room of musicians everyone gets sad because there is a common understanding that she was special, one of those people with a fingertip pressed to the universal pulse. When you hear her voice you can tell. It sounds like a coyote in the dark, a reed threaded down a long pipe.

In the recording, Lhasa is telling a story about her father, who is, she reports, a philosophical man. “Each idea that he has, its orbit takes several years to go around,” she says. “And when he’s really gone all the way through, then he has a new idea.” These days, Lhasa says, her father has a new idea:

“As we move through life, she says, we hear sounds and feel shocks that come from yet another world. Nearby, there is some other way of being we cannot yet imagine.”

His idea is that when we are conceived we appear in our mother’s womb like a little tiny light, suspended in immense space. There’s no sound. It’s completely dark. And time doesn’t seem to exist. It’s like an ocean of darkness. … As we grow, slowly we begin to feel things and touch things, and touch the walls of our world that we’re in. Then we begin to hear sounds and feel shocks that come to us from the outside, and as we get bigger and bigger, the distance between ourselves and that other outside world becomes smaller and smaller, and this world that we are inside that seemed so huge in the beginning and so infinitely welcoming, has become very uncomfortable. And we are obliged to be born.

Birth, her father suggests, is so chaotic and violent that we think it must be dying, the end of everything, and we are surprised to find ourselves delivered into a new world, so vast and incomprehensible that once again we are infinitely small and time is infinitely long. Again, we grow. We learn to touch the contours of the world that we’re in.

This experience itself is circular. As we move through life, she says, we hear sounds and feel shocks that come from yet another world. Nearby, there is some other way of being we cannot yet imagine. And that other world is near, is with us, our whole lives long, sometimes faintly audible, as if something is happening just on the other side of a very, very thin wall. We can forget about it for a long time, and then it comes again.

Jordan Kisner
From Thin Places: Essays From In Between