MY FATHER CLOMPED THROUGH LIFE with boots—“Your mother will turn you into a softy”— and died early. I held to a nickel-and-dime appreciation for his persistence against the gods, his refusal to complain about the polio that crippled him, the father who cast him out, the food hunger that stalked him since the Great Depression. “Stand on your hind legs and bark,” Dad said.

When Mom died thirty years after his death, I found a picture, an 8 ½ x 11” studio shot of Dad. Commercial portraits can be shams. The subject is posing. Mom disliked most of them for just that reason. The phony annoyed her.

Yet she kept this photograph.

It can be from high school. Dad’s face is lean, no hint of a beard, the skin flawless and creamy. He looks dapper in a well-cut sport jacket, the tie a symphony of swirls, the Windsor knot square. This is a handsome boy: wavy hair, a middle part, the deepest cleft in the chin.

Still, the eyes and mouth are what hold you, the eyes striking in their melancholy. The soft mouth, the sad eyes, they belong to a haunted boy, a distressed boy, a young man stripped bare to his wounds.

I didn’t meet this boy. He was the one Mom loved.

I’ve taught hard men in maximum security prisons, hard men like him. Many of them had killed someone. And as a teacher at a black people’s college in Alabama in the1960s, I breathed the air with segregationists who were as frightening to me as any people I’ve met. Yet a high school picture whispers about a story untold, stories not disclosed, a life of unspeakables, the stories we can’t tell. 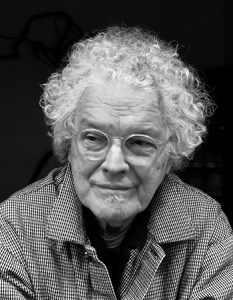 Kent Jacobson has been a teacher for three decades in minority settings, including a Great Books program (Bard College’s Clemente Course in the Humanities), a 2015 winner of the National Humanities Medal. His nonfiction has appeared in Hobart, Under the Sun, Punctuate, and elsewhere. He lives in western Massachusetts.

1 thought on “Dad Too Late”