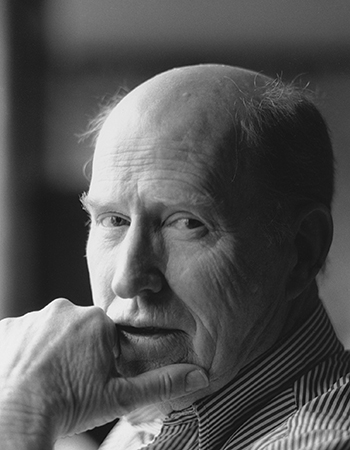 “Nothing’s going to become of anyone
except death:
therefore: it’s okay
to yearn
too high”

The first lines of A.R. Ammons Play are an exaltation of the freedom contained within demise and a call to ‘yearn too high’ and ‘drill imagination through necessity.’ The poem is disjointed and riddled with colons like connectors and also deep exhalations as he walks the line between despair and complete reassurance. ‘It’s okay’, he writes; ‘it’s alright: it’s been taken care of.’ Ammons’ vision is that there is nothing to worry about and no final score to settle, so he urges us to ‘pick a perch’ and ‘tune up’, like a bird preparing to launch into song.

Nothing’s going to become of anyone
except death:
therefore: it’s okay
to yearn
too high:
the grave accommodates
swell rambunctiousness &

ruin’s not
compromised by magnificence:

the cut-off point
liberates us to the
common disaster: so
pick a perch —
apple bough for example in bloom —
tune up
and if you like

drill imagination right through necessity:
it’s all right:
it’s been taken care of: