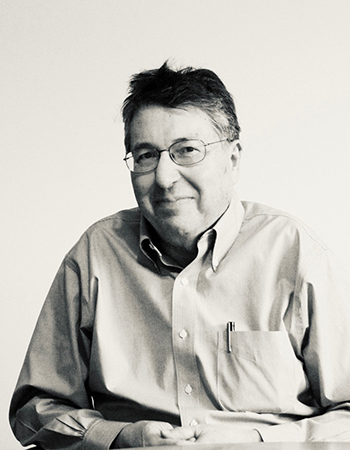 “Our generosity may leave us empty, but our emptiness then pulls gently at the whole until the thing in motion returns to replenish us. Social nature abhors a vacuum.”

Lewis Hyde’s book The Gift is a treatise on the power of the creative spirit to transform the world. He argues convincingly in favor of a gift economy, using examples from communities that fall outside of merchant, capitalist culture to illustrate an approach to sharing or mobilizing wealth that places faith in a natural tendency towards even distribution, when we put aside our anxieties regarding our own accumulation of capital. The mendicant beggar, he suggests in this excerpt below, as the natural ‘bearer of empty space’ can serve as a potent example of how, when invited to replenish the ‘barren, the arid, the stuck and the poor’, what is needed will flow as required, rather than stagnate in pools.

Given material abundance, scarcity must be a function of boundaries. If there is plenty of air in the world but some thing blocks its passage to the lungs, the lungs do well to complain of scarcity. The assumptions of market exchange may not necessarily lead to the emergence of boundaries, but they do in practice. When trade is “clean” and leaves people unconnected, when the merchant is free to sell when and where he will, when the market moves mostly for profit and the dominant myth is not “to possess is to give” but “the fittest survive,” then wealth will lose its motion and gather in isolated pools. Under the assumptions of exchange trade, property is plagued by entropy and wealth can become scarce even as it increases.

A commodity is truly “used up” when it is sold because nothing about the exchange assures its return. The visiting sea captain may pay handsomely for a Kula necklace, but because the sale removes it from the circle, it wastes it, no matter the price. Gifts that remain gifts can support an affluence of satisfaction, even without numerical abundance. The mythology of the rich in the overproducing nations that the poor are in on some secret about satisfaction—black “soul,” gypsy duende, the noble savage, the simple farmer, the virile game keeper—obscures the harshness of modern capitalist poverty, but it does have a basis, for people who live in voluntary poverty or who are not capital-intensive do have more ready access to erotic forms of exchange that are neither exhausting nor exhaustible and whose use assures their plenty.

“Counsels Meister Eckhart, the mystic: “Let us borrow empty vessels.” The gift finds that man attractive who stands with an empty bowl he does not own.”

If the commodity moves to turn a profit, where does the gift move? The gift moves toward the empty place. As it turns in its circle it turns toward him who has been empty-handed the longest, and if someone appears elsewhere whose need is greater it leaves its old channel and moves toward him. Our generosity may leave us empty, but our emptiness then pulls gently at the whole until the thing in motion returns to replenish us. Social nature abhors a vacuum. Counsels Meister Eckhart, the mystic: “Let us borrow empty vessels.” The gift finds that man attractive who stands with an empty bowl he does not own.

The begging bowl of the Buddha, Thomas Merton has said, “represents the ultimate theological root of the belief not just in a right to beg, but in openness to the gifts of all beings as an expression of the interdependence of all beings. The whole idea of compassion, which is central to Mahayana Buddhism, is based on an awareness of the interdependence of all living beings… Thus when the monk begs from the layman and receives a gift from the layman, it is not as a selfish person getting something from somebody else. He is simply opening himself to this interdependence…” The wandering mendicant takes it as his task to carry what is empty from door to door. There is no profit; he merely stays alive if the gift moves toward him. He makes its spirit visible to us. His well-being, then, is a sign of its well-being, as his starvation would be a sign of its withdrawal. Our English word “beggar” comes from the Beghards, a brotherhood of mendicant friars that grew up in the thirteenth century in Flanders. There are still some places in the East where wandering mendicants live from the begging bowl; in Europe they died out at the close of the Middle Ages.

“As the bearer of the empty place, the religious mendicant has an active duty beyond his supplication. He is the vehicle of that fluidity which is abundance.”

As the bearer of the empty place, the religious mendicant has an active duty beyond his supplication. He is the vehicle of that fluidity which is abundance. The wealth of the group touches his bowl at all sides, as if it were the center of a wheel where the spokes meet. The gift gathers there, and the mendicant gives it away again when he meets someone who is empty. In European folk tales the beggar often turns out to be Wotan, the true “owner” of the land, who asks for charity though it is his own wealth he moves within, and who then responds to neediness by filling it with gifts. He is godfather to the poor.

Folk tales commonly open with a beggar motif. In a tale from Bengal, a king has two queens, both of whom are childless. A fakir, a wandering mendicant, comes to the palace gate to ask for alms. One of the queens walks down to give him a handful of rice. When he finds that she is childless, however, he says that he cannot accept the rice but has a gift for her instead, a potion that will remove her barrenness. If she drinks his nostrum with the juice of the pomegranate flower, he tells her, in due time she will bear a son whom she should then call the Pomegranate Boy. All this comes to pass and the tale proceeds.

Such stories declare that the gift does move from plenty to emptiness. It seeks the barren, the arid, the stuck, and the poor. The Lord says, “All that opens the womb is mine,” for it is He who filled the empty womb, having earlier stood as a beggar by the sacrificial fire or at the gates of the palace.

Lewis Hyde
From – The Gift: How the Creative Spirit Transforms the World