Amanda Smith-Hatch’s Redemption is an attempt to capture the startling profundity hidden within a seemingly banal moment in time. She writes, it’s “a recognition of the layers of memory and myth that make up our perception of reality.”

“Those who were sacred have remained so,
holiness does not dissolve…”
– Denise Levertov – ‘Come into Animal Presence’

Imagine being dead and up
for judgement,
watching the scale pan
weigh your life’s truth—
the not-unexpected despair
as your sin-heavy heart sinks
and tips the other dish—
the one that holds the feather—
aloft, or the amazed joy of seeing each
balance each, easy as two geese flying
towards the river. Companionable.

Up the hill, under the same moon,
a white gelding sleeps among
the cattle, aglow
as if such whiteness as his
draws moonlight.
The arch of his neck
bridges withers and muzzle;
he sleeps with his chin
on the pillowed grass. 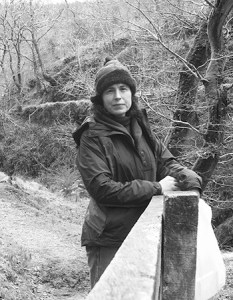 Amanda Smith-Hatch has been reading and writing poetry since childhood. She has attended a variety of degree programs and workshops over the years. She works at an animal shelter and enjoys planting trees in her free time.