In his poem Around Here, Jones Irwin captures a sense of the current political atmosphere, a specific kind of decline in marginal communities but also how they can be energized by political ideas. In observing and writing people, he tries to caution against easy judgements and hasty perceptions which may skim the complexity of others’ lives.

No one smiles around here
Anymore the atmosphere is
Getting nastier

You can’t argue with that

For is each person not
Different every single time
Depending on the angle? 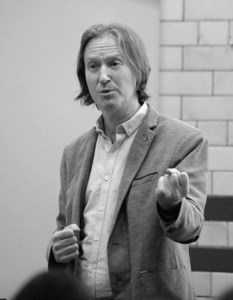 Jones Irwin teaches philosophy in Dublin, Republic of Ireland. He has a particular interest in existential philosophy and poetics.

1 thought on “Jones Irwin – Around Here”