An acid trip with two friends at college brings about an unexpected revelation. 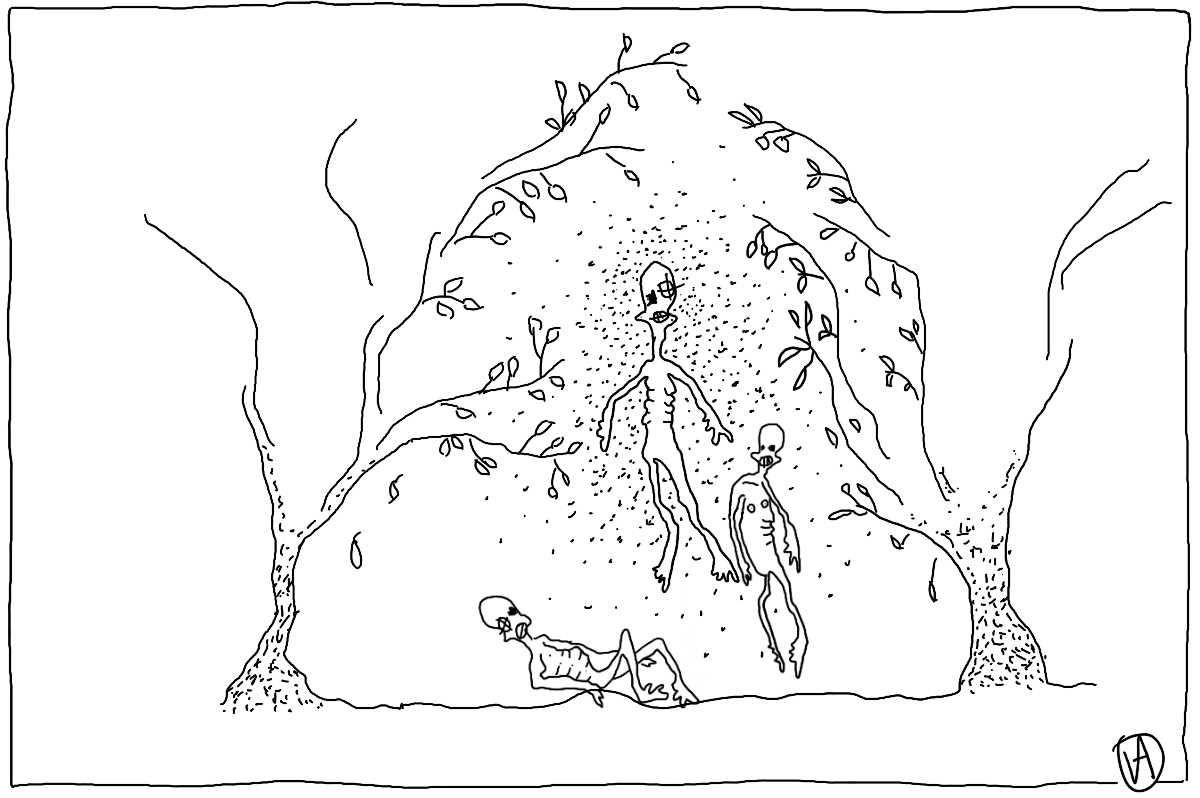 COME WATCH THIS illegal liturgy out in the campus pine grove led by Jack, our physics major mystic. He doesn’t ask the usual $10 per tab; paying for your first trip borders on sacrilege. Jack considers his drug dealing to be philanthropic anyway: “I just want to share the great stuff I find,” he told me.

The tab is a tiny square of paper covered in a scramble of colors, like a map of the London Underground the size of your cuticle. It’s no accident that we’re tripping in this forest and this is no accidental forest. The pines are planted in rows, a planned community of trees. Above us the branches interlace into not just a canopy, but an attempt to boycott the sun. My skin: cool. My insides: calm. When I step forward I step on a carpet of pine needles gone brown without their chlorophyll. The elevation, too, is a factor. The pine grove caps a steep hill; when I try to bring adults here they stop half way up to catch their breath.

We aren’t quite adults yet—Lora says that it’s like the lost boys, us all trying to be each other’s parents but also their kids. I met her at a party Jack took me to. We talked about favorite smells and her grandmother’s time in the CIA and object-oriented programming. She liked me in spite of my attempts to get her to like me. We first kissed a week later in the woods behind my dorm, mosquitoes swarming all around us and Lora curling her fingers through my belt loops to pull me closer.

Jack does tech support, he knows how to ask, “Have you tried turning it off and on again?” so gently you’d think the idea had only just occurred to him. Does he ever feel happier than when he’s biking across campus to attend to some professor’s laptop? Sometimes, but less often now that all his girlfriends have either left for the summer or graduated. Things that belong to Jack: a blast of red curls, a face so smooth it seems sanded down, a lingering sadness no relationship can cure. The fact is, though, that we are all a little in love with Jack’s sadness because he pulls us closer to mend it, and we’ve always wanted to be closer.

He guides us through the trip like it’s his hometown. “We’re peaking,” he says, and then we really do peak. Though I guess I can’t be sure. My memory only gives me flashes. Lora looking like a beautiful blonde arachnid as she crawls along a fallen tree, inspecting the bark. A sudden realization that I wear my beard like a suit of armor. Jack with little wildflowers braided into his hair.

Having finished her inspection of the tree, Lora says, “I don’t want anything leaving my consciousness right now. These are good thoughts. I want to keep them.” I know this because I wrote it down in my notebook and I wrote it down in my notebook because I felt the same way: “I’m just trying to catch a few of the thoughts my mind is shooting at me.” I scribble down a lot of words. Later that afternoon, someone will ask Jack, “What’s with Daniel writing so much in that journal?” And Jack will respond, “You know, if it was anyone else, I’d say that writing the whole time would be a waste of a trip, but Daniel likes this stuff. I’ve asked him about it before and he tells me that he goes back and he really does read what he wrote again.” The things I do sometimes need an explanation. I never get tired of hearing someone do it, of someone knowing me well enough that they can explain me.

After the woods, we come down to the creek. Jack strips off his shirt, takes his wallet and phone out of his pockets and places them on a rock, then wades into the river. Lora strips down to her underwear to join him. “Come in,” they tell me. “The water is like nothing you’ve ever felt before.” I don’t do it, though I know I’ll regret it later. I couldn’t tell you why. If you want an explanation, you’d have to ask the acid.

As I watch with just my feet in the water, I see Jack’s back rippling under the sun and the flowers he’s nestled into his hair. It’s odd to say, but I want his rippling back to be my rippling back, I want the flowers in his hair to be the flowers in my hair, I want his confidence to be my confidence. Even though Lora and I have been together for weeks, I’m still surprised when she kisses me. Why is she in my room, I always wonder, and not across the hall in Jack’s? In my room, Lora and I talk about Batman’s savior complex and how we lost our virginities and the parking lots where we skinned our knees as children. But over in Jack’s room, I don’t think you’d even need to talk. You’d just lay there, elated to be so close to him, astounded that he wanted you around at all. When I mention all this to Lora, she laughs. “I never thought of him that way. Jack and I are very different people,” and leaves it at that. I don’t stop thinking about it though. Not because I think she prefers him to me, but because I know that I do. Lean in close so that I can whisper to you something I hate about myself: if I were Lora, I’d choose Jack over me every time. 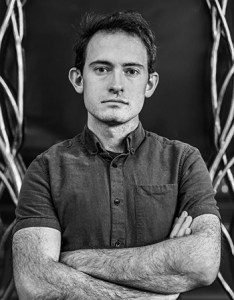 Daniel Olivieri is a software developer living in Philadelphia. His hobbies include having late night conversations about solipsism, reading books by Maggie Nelson, and eating fried plantains. His work has appeared in The Forge Literary Magazine, The Avalon Review, and La Piccioletta Barca, among others. See his website at epigraphing.com. Twitter handle: @simplyTooLitBot