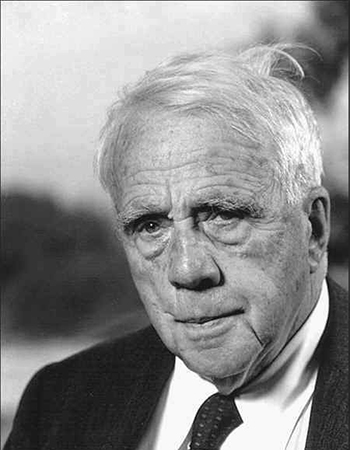 “I have been one acquainted with the night.
I have walked out in rain—and back in rain
I have outwalked the furthest city light.”

Henri Nouwen, the Christian minister and author of The Wounded Healer, wrote about loneliness: ‘I think that the wound of loneliness is like the Grand Canyon—a deep incision in the surface of our existence which has become an inexhaustible source of beauty and self-understanding.’ Robert Frost’s sad and somber Acquainted with the Night reads like a reminiscence, or a story told by a survivor of a period of bleakness and solitude so deep that it was something to be hidden, only to be brought out in the darkness, something disorienting in its nature that even destabilized the poet’s senses and grip on time.

Acquainted with the Night

I have been one acquainted with the night.
I have walked out in rain—and back in rain
I have outwalked the furthest city light.

I have looked down the saddest city lane.
I have passed by the watchman on his beat
And dropped my eyes, unwilling to explain.

I have stood still and stopped the sound of feet
When far away an interrupted cry
Came over houses from another street,

But not to call me back or say good-bye;
And further still at an unearthly height,
One luminary clock against the sky

Proclaimed the time was neither wrong nor right.
I have been one acquainted with the night.

1 thought on “Robert Frost – Acquainted with the Night”