Poet and rabbi Pamela Wax’s poem Capricorn Loses His Star, touches upon the themes of sacrifice, tragedy, regret, and atonement, using the hues of astrology and religion to anchor her words in gorgeous and mysterious imagery.

Capricorn Loses His Star
The goat will carry on itself all their sins to a solitary place. —Leviticus 16:22

May you have a good constellation,
mazal tov, the stars aligned
in your favor. But the he-goat trills

in tragedy, while we dance circles
around him, blood in our eyes,
sneering at his bad luck. Tragedy

is the song we sing around the altar
of his sacrifice. Or perhaps the goat
is the prize for our singing, and he

doesn’t die at all. The Greek
is ambiguous, and it’s a holy day
of reckoning and catharsis in the Bible,

for which he’s kept our accounts square
for over five thousand years, his life
breaking-even against ours. For him,

he-goat, sea-goat, scapegoat, it’s inevitable,
losing his bearings, his compass, his hitch
to a star. He is synonymous with falls,

simple, moral and the one about losing
a star—disastrous—poetic
as the naming of the four children

at the seder, wise and wicked,
simple, and silent, and that kid
in the song bought for two zuzim,

a happy ending until the cat showed up
and devoured it. When our goat loses
his star, we lose our desire for the sea

to which he’s bound. But still we rise
to the occasion, our hooves scaling
the mountainside, our hands to the sky. 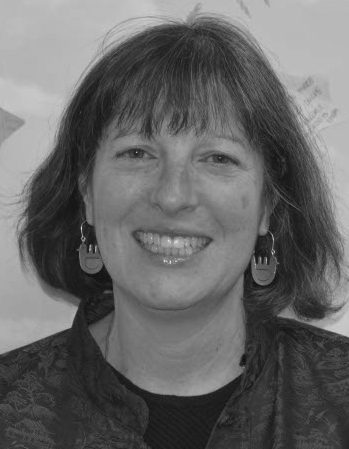 Pamela Wax is a rabbi, a poet, and a passionate teacher and student of Mussar, a Jewish spiritual practice of character development. Her essays on Judaism, spirituality, and women’s issues have been published broadly, and her poems have appeared or are forthcoming in Pensive Journal, Heron Tree, Green Ink Poetry, CCAR Journal, Awakenings Review, and Paterson Literary Review. Her first volume of poetry, Walking the Labyrinth is forthcoming from Main Street Rag. She lives in the Bronx, NY and the Northern Berkshires of Massachusetts.