Owen Brown’s paintings slide between representation and abstraction as he explores everything from the snow shades of Minnesota winters to his son’s cancer treatment.

THESE SELECTIONS FOCUS ON DIFFERENT painterly concerns, painting itself being an exhortation, an exorcism and really, an effort to capture… something.  The painter often doesn’t know what.  He or she may have a clue, at best, sometimes the clue changes in the act of painting.

So what was it, then?

In the ‘Whites’ series (the first four paintings) I was captivated by whiteness, the color, and by winter.  How many shades of white there are, how many shades of snow (snows a lot up here!) how to present my fellows in it, what happens to ‘personality’ when it is overwhelmed by such.

These are little paintings, except for the diptych, which I painted at the suggestion of one of my curators, Becky Peterson, for display in her gallery.  In there, any overt representation of a figure has disappeared but not, I think, the process behind the painting.  Some painters want no process visible to completely disappear. I don’t, for if so, where would I be?  Nowhere. Although maybe that’s the point. perhaps.

The abstracts, on the other hand, are a response to my son’s cancer treatment this past summer.  Perhaps that horror has made us more human.  It has certainly brought home for me the Four Noble Truths, and ‘clinging.’

Clinging!  How to reconcile that in the face of our sure and certain knowledge of sickness, old age and death?  And why the randomness that my child was taken ill, and not me?  I would change places with him in an instant. I cannot. So I paint.

At this point, during his first infusion set, I wanted to look at emptiness and emotion directly, to set it down, in ‘awful servitude.’ Not to erase, but to memorialize what I felt. So that we could have it, so as to make us more human. 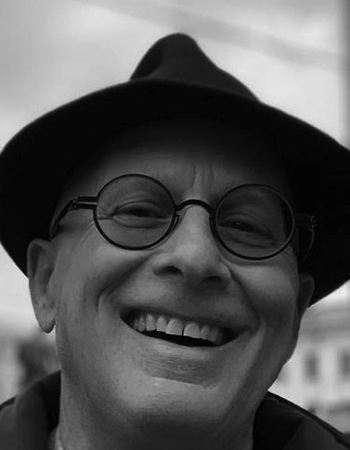 Owen Brown is a painter living in Minneapolis. He has shown widely in the United States, his paintings are in collections in this country, and in Asia. He was educated at Yale College, the University of Chicago, and the California College of Arts.