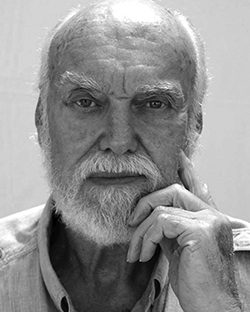 In 1961, Ram Dass famously collaborated with Timothy Leary, Ralph Metzner, Aldous Huxley, and Allen Ginsberg, to carry out pioneering research on research psilocybin, LSD-25, and other psychedelic chemicals. This experience led Ram Dass, who was then an academic called Dr Richard Alpert, into a lifelong inquiry into the human condition and its mysterious psyche. In this excerpt from his book of talks from the early 1970s, The Only Dance There Is, he talks about fear – fear in general, and in particular the effect of psychedelic substances in creating fear in the mind. Echoing Franklin D Roosevelt’s famous words from a few decades earlier, Dass asserts that the only thing we have to fear is fear itself, and ends by remarking how his own fears have somehow ‘flown the coop.’

Would I say something about what man fears he will see if he risks all? Well, generally I think that the first level of fears are concerned with that part of us which is in nature, that Freud talks about—the unconscious impulses. And I think that there is a fear that if one lets go of rational control, surrenders that, one will be animal-like in the sense of antisocial impulses. I think that’s the first fear—that there are things in oneself that are ugly, untenable, unsociable, and so on. That’s part of the fear, part of one’s own animal. This is because one doesn’t go back far enough, as far as I can see. Because if you go one step behind that, you see something else in man behind that one, too. And then that’s just another melodrama. The fear is, the first chakra, the loss of the separate entity, the loss of one’s individuality, the loss of one’s identity, the psychological dying the loss of the experiencer or the knower. That’s part of what that fear is. Another part of the fear is that you may start to go out and only get part way, and get stuck somewhere else that will be worse than this one. That’s another fear which is called “eternal damnation,” when in fact this is eternal damnation, for people who are experiencing eternal damnation.

I think fear is the result of impurity. And impurity means, thoughts that define oneself in a “profane” sense, that is, thoughts which define oneself as separate. And as long as you are attached to those thought forms, you are going to fear, because it involves the extinction of that separate being, that separate conceptual entity.

In my experience in guiding people through LSD experiences, there is the fear that many people experience as this chemical transformation occurs in their bodies and which leads them to the breakdown of all existing models that they had about how the universe works. As that happens there are many people who experience intense fear, which makes them want to hold onto the structure they had. And they could say, “I am afraid, I am going insane,” meaning I am going into another space that I don’t have any control over on this level. In general I would say, “Well, groovy, let’s go insane together. Here we go.” In other words, it is my feeling that the only thing you have to fear is fear, in that sense that to the extent that you have enough faith or trust to let it happen, you always go through the next one and the next one and the next one.

There is a qualitative difference in my life now from ten years ago, in that I do not experience a fear of death as a real fear when I get into situations where death seems a possibility, or violence, or something like that. I don’t have any of the usual or earlier kinds of reactions of anxiety or fear and yet I do what is adaptive to protect the temple or body I’m working with. But I don’t do it out of fear, because the fear of death seems somehow to have flown the coop somewhere along the way in this game. It certainly changes the nature of my living experience every day because each day can be whatever it is, and it’s all all right. I’m not collecting something to avoid something later.

From: The Only Dance There Is