Simone Weil on attention, will and the distance between ourselves and what we love

“Attention alone – that attention which is so full that the ‘I’ disappears – is required of me. I have to deprive all that I call ‘I’ of the light of my attention and turn it on to that which cannot be conceived.” 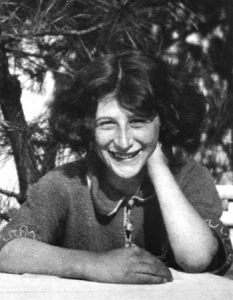 Simone Weil was a French philosopher, activist and mystic who lived a short but impassioned life fueled by her political convictions and mystical experiences. She became a philosophy teacher in her 20s, breaking out from her position to join in social activism like picketing and refusing to eat more than those on government relief. She worked in an auto factory for two years to better understand the condition of laborers, and volunteered to train with an anarchist unit in Spain where she hoped to fight in the civil war. Weil, who died from tuberculosis at the age of 34, had a prodigious output, though all of her writing was published posthumously. The extracts below are taken from one of her most acclaimed books, Gravity and Grace, and they address the subject of attention. Weil lauds the qualities of ‘unmixed attention’, which she likens to prayer, and reflects on the quality of attention, expressed as ‘patience, effort and method’ to ‘understand with our whole self the truths which are evident.’

We do not have to understand new things, but by dint of patience, effort and method to come to understand with our whole self the truths which are evident.

Stages of belief. The most commonplace truth when it floods the whole soul, is like a revelation.

We have to try to cure our faults by attention and not by will .

The will only controls a few movements of a few muscles, and these movements are associated with the idea of the change of position of nearby objects. I can will to put my hand flat on the table. If inner purity, inspiration or truth of thought were necessarily associated with attitudes of this kind, they might be the object of will. As this is not the case, we can only beg for them. To beg for them is to believe that we have a Father in heaven. Or should we cease to desire them? What could be worse? Inner supplication is the only reasonable way, for it avoids stiffening muscles which have nothing to do with the matter. What could be more stupid than to tighten up our muscles and set our jaws about virtue, or poetry, or the solution of a problem. Attention is something quite different.

Pride is a tightening up of this kind. There is a lack of grace (we can give the word its double meaning here) in the proud man. It is the result of a mistake.

Attention, taken to its highest degree, is the same thing as prayer. It presupposes faith and love.

If we turn our minds towards the good, it is impossible that little by little the whole soul will not be attracted thereto in spite of itself.

The wrong way of seeking. The attention fixed on a problem. Another phenomenon due to horror of the void. We do not want to have lost our labour. The heat of the chase. We must not want to find : as in the case of an excessive devotion, we become dependent on the object of our efforts. We need an outward reward which chance sometimes provides and which we are ready to accept at the price of a deformation of the truth.

It is only effort without desire (not attached to an object) which infallibly contains a reward.

To draw back before the object we are pursuing. Only an indirect method is effective. We do nothing if we have not first drawn back.

By pulling at the bunch, we make all the grapes fall to the ground.

There are some kinds of effort which defeat their own object (example: the soured disposition of certain pious females, false asceticism, certain sorts of self-devotion, etc.). Others are always useful, even if they do not meet with success.

How are we to distinguish between them?

Perhaps in this way : some efforts are always accompanied by the (false) negation of our inner wretchedness; with others the attention is continually concentrated on the distance there is between what we are and what we love.

Attention is bound up with desire. Not with the will but with desire – or more exactly, consent.

We liberate energy in ourselves, but it constantly reattaches itself. How are we to liberate it entirely? We have to desire that it should be done in us – to desire it truly ­ simply to desire it, not to ·try to accomplish it. For every attempt in that direction is vain and has to be dearly paid for. In such a work all that I call ‘I’ has to be passive. Attention alone – that attention which is so full that the ‘I’ disappears – is required of me. I have to deprive all that I call ‘I’ of the light of my attention and turn it on to that which cannot be conceived.

The capacity to drive a thought away once and for all is the gateway to eternity. The infinite in an instant.

From: Gravity and Grace

1 thought on “Simone Weil – The Infinite in an Instant”