“Time intensified and time intolerable, sweetness raveling rot. / It is now. It is not.” 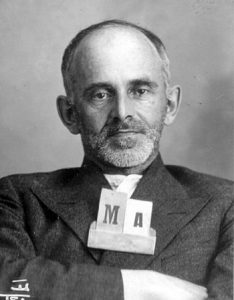 Osip Mandelstam is considered to be one of the best Russian poets of the 20th century, and is someone who met a tragic end because of the political direction his country took. He spent many years of his life being persecuted for the views he held and the work he made, and he spent some years in exile in Armenia as well as in the Ural Mountains. He was also tortured on account of a poem he wrote ridiculing Joseph Stalin. And I Was Once Alive was one of the last poems he wrote before his death from heart failure in a transfer camp.

And I Was Alive

And I was alive in the blizzard of the blossoming pear,
Myself I stood in the storm of the bird-cherry tree.
It was all leaflife and starshower, unerring, self-shattering power,
And it was all aimed at me.
What is this dire delight flowering fleeing always earth?
What is being? What is truth?
Blossoms rupture and rapture the air,
All hover and hammer,
Time intensified and time intolerable, sweetness raveling rot.
It is now. It is not.