“Being ignorant of the fact that you have a buddha-mind, you live in illusion. Why is it you’re deluded? Because you’re partial to yourself.” 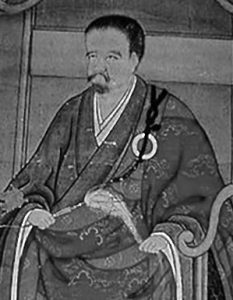 Bankei Yotaku was a 17th century Japanese Rinzai Zen master and iconoclast. The son of a Samurai, he attained enlightenment after much effort which culminated in sealing himself into a hut and rendering his buttocks raw from so much seated meditation. Only 25 years old at the time, he was so sick he had been coughing up blood. In hindsight, he realized his suffering had been needless, that the Buddha mind, the Unborn mind he had been looking for with so much intensity had been with him all along and was an inextricable and fundamental part of him. Bankei went on to have a prodigious teaching career, eventually attracting thousands of people to his retreats. He was keen that Zen be popularized and was happy for his students to work instead of leading a monastic life. In the passage below taken from Norman Wadell’s translation of his work, Bankei explains his understanding of the Unborn.

What I teach everyone in these talks of mine is the unborn buddha-mind of illuminative wisdom, nothing else. Everyone is endowed with this buddha-mind, only they don’t know it. My reason for coming and speaking to you like this is to make it known to you.

Well then, what does it mean, you’re endowed with a buddha-mind? Each of you now present decided to come here from your home in the desire to hear what I have to say. Now if a dog barked beyond the temple walls while you’re listening to me you’d hear it and know it was a dog barking. If a crow cawed, you’d hear it and know it was a crow. You’d hear an adult’s voice as an adult’s and a child’s as a child’s. You didn’t come here in order to hear a dog bark, a crow caw, or any of the other sounds which might come from outside the temple during my talk. Yet while you’re here, you’d hear those sounds. Your eyes see and distinguish reds and whites and other colors and your nose can tell good smells from bad. You could have had no way of knowing beforehand of any of the sights, sounds, or smells you might encounter at this meeting, yet you’re able nevertheless to recognize these unforeseen sights and sounds as you encounter them, without premeditation. That’s because you’re seeing and hearing in the Unborn.

That you do see and hear and smell in this way without giving rise to the thought that you will is the proof that this inherent buddha-mind is unborn and possessed of a wonderful illuminative wisdom. The Unborn manifests itself in the thought “I want to see” or “I want to hear” not being born. When a dog howls, even if ten million people said in chorus that it was the sound of a crow crying, I doubt if you’d be convinced. It’s highly unlikely there would be any way they could delude you into believing what they said. That’s owing to the marvelous awareness and unbornness of your buddha-mind.

Being Unborn, it’s also undying: It’s not possible for what is not born to perish. This is the sense in which I say that all people have an unborn buddha-mind.

The reason I say it’s in the “Unborn ” that you see and hear in this way is because the mind doesn’t give “birth” to any thought or inclination to see or hear. Therefore it is un-born. Being Unborn, it’s also undying: It’s not possible for what is not born to perish. This is the sense in which I say that all people have an unborn buddha-mind.

Each and every Buddha and bodhisattva in the universe, and everyone in this world of humans as well, has been endowed with it. But being ignorant of the fact that you have a buddha-mind, you live in illusion. Why is it you’re deluded? Because you’re partial to yourself. What does that mean? Well, let’s take something close to home. Suppose you heard that your next-door neighbor was whispering bad things about you. You’d get angry. Every time you saw his face, you’d immediately feel indignant. You’d think, oh, what an unreasonable, hateful person! And everything he said would appear to you in a bad light. All because you’re wedded to your self. By becoming angry, losing your temper, you just transform your one buddha-mind into the sinful existence of the fighting spirits.

Just stop and look back to the origin of this self of yours. When you were born, your parents didn’t give you any happy, evil, or bitter thoughts. There was only your buddha-mind.

If your neighbor praised you instead, or said something that pleased you, you’d be immediately delighted, even if the praise was totally undeserving and the Pleasure you felt unfounded, a product of your own wishful thinking, The delight You experience when this happens is due to that same obstinate, constitutional preference to yourself.

Just stop and look back to the origin of this self of yours. When you were born, your parents didn’t give you any happy, evil, or bitter thoughts. There was only your buddha-mind. Afterwards, when your intelligence appeared, you saw and heard other people saying and doing bad things, and you learned them and made them yours. By the time you reached adulthood, deep-set habits, formed in this way of your own manufacture, emerged. Now, cherishing yourself and your own ideas, you turn your buddha-mind into the path of fighting spirits. If you covet what belongs to other people, kindling selfish desires for something that can never be yours, you create the path of hungry ghosts, and you change the buddha mind into that kind of existence. This is what is known as [rebirth].

If you realize fully the meaning of what I’ve just said, and do not lose your temper, or think you must have this, or decide that you don’t like that, or have feelings of bitterness or pity—that in itself is the unborn buddha-mind. You’ll be a living Buddha.

From – The Unborn: The Life and Teachings of Zen Master Bankei