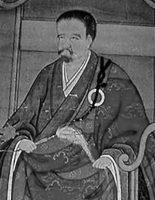 17th century Zen master Bankei on the Unborn, the unconditioned mind that comes up spontaneously and is fundamental to every person, without exception.

Attributed to Master Dongshan, the 9th century founder of the Caodong (Soto) School, this short verse stands in contrast to his longer and more famous teaching verse, The Hokyo Zanmai or The Song of the Jewel Mirror Samadhi. After spending some time with Master Yunyan, Dongshan was preparing to leave. He asked the master how… END_OF_DOCUMENT_TOKEN_TO_BE_REPLACED

Zen teacher and author Robert Aitken released 'Zen Master Raven' a couple of years ago as a collection of Zen stories and koans told through the heart-warming interactions of a group of animals that include Mallard and Mole, Jackrabbit Roshi, Brown Bear Roshi and Zen Master Raven himself, a curious and earnest seeker of the… END_OF_DOCUMENT_TOKEN_TO_BE_REPLACED

One of the most popular chapters in Zen lore, this scene between Bodhidharma, the first Zen ancestor in China, and the student who eventually became his successor, Hui-k'o, is a demonstration of the potential intensity and determination of a bonafide teacher-student relationship. Hui-k'o famously tracked Bodhidharma down to the Shao-lin Temple where he was residing… END_OF_DOCUMENT_TOKEN_TO_BE_REPLACED