A moment of transcendence is captured by Robert Miner in this short and evocative poem inspired by the sight of a group of students flying kites one night on a college quad. The movement from the earth to the sky and the devotional missive of the kites being sent up and disappearing into the darkness come together like a silent prayer or a whispered exchange between mortals and the infinite.

Flying kites at night
Invisible in the dark
A dozen heads craned upwards
A dozen hands attached to the sky
From below, prayers for intercession
From above, an invitation to climb 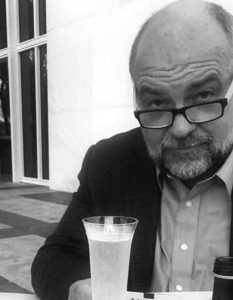