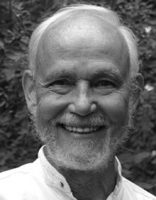 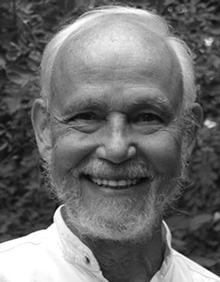 “Thoughts, for the jnanic, possess a body of sorts, a three-dimensional substantiality that makes thoughts real in ways they are not for other people. Plato’s ideas are not the empty abstractions that others take them for. They are almost palpably real.”

‘The arrangement feels more like a mystery out of which my life is lived,’ wrote religious scholar Huston Smith on the subject of Encountering God, an essay which he prefaces with doubt at the prospect of really getting down to the bone of what such a title might mean. In this extract, he gives a brief account of his own spiritual history and the various shifts his vocation underwent. He talks about the role his intellect and love of ideas played in bringing him into a closer relationship with God, and how he interprets this activity as jnana, the Indian form of yoga centered around knowledge. Jnana is one of the four yogas seen as a point of entry to practice, the other three being karma (service), bhakti (devotional love) and raja (meditation).

When, on the National Broadcasting Company’s Wisdom series | asked Daisetz Suzuki if he was born with a religious impulse, he answered, “Not born, but it awakened.”

“When did it awaken in you?” I wanted to know.

“Well, I do not know exactly. But the starting point was marked, perhaps. When I was sixteen or seventeen I wanted to get my religious yearnings somehow settled.”

I could have answered the same: the deepest yearnings of which I am consciously aware have always been religious. I consider the religious impulse to be part of the human makeup; the search for cosmic understanding is as much a part of the religious impulse as is the search for cosmic belonging. In my case, though, early conditioning doubtless contributed to the strength of the drive, for my parents were missionaries in China and I grew up in a devoutly religious home.

Because we were the only Westerners in our small Chinese town, I was imprinted by my parental role models. When I came to America for college I assumed that it was to obtain credentials for returning to China as a missionary in my own right. The dynamism of the West soon changed that prospect, however. Central Methodist College boasted only six hundred students, and the population of Fayette, Missouri, was less than three thousand, but compared with small-town China it was exciting to the point of extinguishing all thoughts of returning to the Orient. My religious impulse remained intact, however, so I decided that instead of being a missionary I would be a minister.

“The Greek word theoria derived from the theater, which makes jnanic knowledge closer to vision than to thought as we usually use the word. It is seeing, albeit with the eye of the soul.”

A second vocational shift occurred during my junior year in college, when the intellect became real for me. A brilliant and charismatic philosophy professor deserves much of the credit, but I can actually date the night the conversion occurred. During a meeting of our philosophy club my excitement had been mounting all evening, and as we walked back to our dormitory my mind seemed to explode from within. Old walls were shattered, and beyond them there was nothing between me and the Infinite. I wonder if I slept at all that night. I would not have recognized the words then, but that night I discovered I was a jnana yogin, one whose primary approach to God is through knowledge (more on this point later). Almost at once I shifted my vocational plans toward teaching.

The intellectual excitement I felt continued during my graduate years at the University of Chicago, but my work there in philosophy and religion focused, as had my undergraduate program, exclusively on the West, so it was only after | started teaching that I discovered that spiritual wisdom was not a Western monopoly. This occurred first through the writings and then through the friendship of Gerald Heard and his intellectual partner, Aldous Huxley. I discovered the mystics, and because the mystics speak a universal language, their writings led me successively through the Vendanta, Buddhism, and Sufism, spending roughly a decade at each stop. At no point on this journey did I feel that I was leaving anything behind, least of all Christianity, for after Asia had opened my eyes I discovered there were Jewish and Christian mystics, too. My pilgrimage simply confirmed the same essential truths by revealing them in different idioms.

My relationship with God through my mid-twenties was cast in a Protestant, pietistic mold wherein God was approached through a personal, love-and-service relationship with Christ. I continue to honor that mode and to work on it in part. But, in addition, the Hindu doctrine of the four yogas — the notion that people are of different spiritual temperaments and therefore will approach God in different ways: jnanis through knowledge, bhaktis through love, karmic types through service, and rajic types through meditation — freed me to see that there were other channels through which spiritual energies may flow. My personal relationship with Christ, though real, was not very intense, whereas thoughts of God could hold me spellbound for an entire night.

“In my best moments I am drawn to that God as moth to flame, and at such times I do not know whether my happiness is the rarest or the commonest thing on earth, for all earthly things seem to reflect it. But I cannot hold onto it.”

Such jnanic knowledge is apt to be misunderstood by those who have not experienced it — by those whose yogic strengths lie elsewhere. It has nothing to do with quantity of information or logical dexterity. It is rather that thoughts, for the jnanic, possess a body of sorts, a three-dimensional substantiality that makes thoughts real in ways they are not for other people. Plato’s ideas, for example — the Good, the True, and the Beautiful — for the jnanic (or gnostics, as they might be called in the West if that word is distinguished from gnosticism) are not the empty abstractions that others take them for. They are almost palpably real. And their reality excites; they all but dance and sing. This distinguishes the theoria that discusses them from theories as these typically function in science. The Greek word theoria derived from the theater, which makes jnanic knowledge closer to vision than to thought as we usually use the word. It is seeing, albeit with the eye of the soul. And the vision attracts. Aristotle compounded Goodness, Truth, and Beauty into his Unmoved Mover, which moves the entire universe by force of attraction. But my point is that ideas attract jnanis, who are drawn to ideas because they love them — and we are drawn to and become like that which we love. Socrates said that to know the good is to do it. Saint Paul disagreed, but he was a different temperamental type – a bhakti rather than a jnani yogin — so knowing was not the same for the two men.

This all relates to God, for though I have not used the word, I have been speaking of nothing else. God is the Good, the True, the Beautiful — and Power and Mystery, we should add — fused so completely that the five are not five but one. In my best moments I am drawn to that God as moth to flame, and at such times I do not know whether my happiness is the rarest or the commonest thing on earth, for all earthly things seem to reflect it. But I cannot hold onto it. When those grace-filled moments arrive, it does not seem strange to be so happy, but in retrospect I wonder how such gold of Eden could have been mine.

It is easy to make much of direct mystical disclosures. Desert stretches provide opportunities for growth that are as important as mountaintop experiences, and theologians assure us that souls can be established in an abiding relationship with God without being sensibly aware of God’s presence. The goal is not altered states by altered traits. Aldous Huxley’s observation that the task of life is to overcome the fundamental human disability of egoism comes in here, for every step we take in overcoming that is in God’s direction.

Huston Smith (1919-2016)
From – The Way Things Are: Conversations with Huston Smith on Spiritual Life