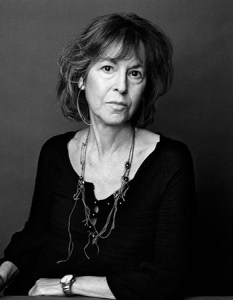 “The artist, like the analyst, cultivates a disciplined refusal of self-deception, which is less a moral position than a pragmatic act, since the only possible advantage of suffering is that it may afford insight.”

Nobel Laureate Louise Glück’s collection of essays on poetry, American Originality, breaks down and examines various notions surrounding contemporary poetry. This short essay titled The Culture of Healing, condemns current trends of pathological optimism, as well as the tendency towards ‘the pornography of scars,’ and the assumption that the best art is inextricably tied to suffering. What art can do for the artist, she argues, is provide a buffer or a respite from pain in order to give form to darkness and perform a very radical transformation from loss.

The Culture of Healing

In regard to the restorative power of art, a distinction must be made between the experience of the reader and the experience of the writer. For the reader, a work of art can make a kind of mantra: by giving form to devastation, the poem rescues the reader from a darkness without shape or gravity; it is an island in a free fall; it becomes his companion in grief, his rescuer, a proof that suffering can be made somehow to yield meaning.

But the relation of the poet to his composition seems to me other.

We live in a culture almost fascistic in its enforcement of optimism. Great shame attaches to the idea and spectacle of ordeal: the incentive to suppress or deny or truncate ordeal is manifested in two extremes—the cult of perfect health (both physical and psychological) and, at the other end, what could be called a pornography of scars, the seemingly endless flood of memoirs and poems and novels rooted in the assumption that the exhibition of suffering must make authentic and potent art. But if suffering is so hard, why should its expression be easy? Trauma and loss are not, in themselves, art: they are like half a metaphor. In fact, the kind of work I mean—however true its personal source—is tainted by a kind of preemptive avidity. It seems too ready to inhabit the most dramatic extremes; too ready to deny loss as continuity, as immutable fact. It proposes instead a narrative of personal triumph, a narrative filled with markers like “growth” and “healing” and “self-realization” and culminating in the soul’s unqualified or comprehensive declaration of wholeness, as though loss were merely a catalyst for self-improvement. But as the power of loss is undermined or denied, so too does the speaker come to seem entirely constructed, inhuman.

“We live in a culture almost fascistic in its enforcement of optimism. Great shame attaches to the idea and spectacle of ordeal: the incentive to suppress or deny or truncate ordeal is manifested in two extremes—the cult of perfect health and a pornography of scars,”

My own experience of acute suffering, whether in the life or in the work, is that during such periods I do pretty much nothing but try to stay alive, the premise being that if I stay alive I will at least be present in case something changes. I have no sense of myself as trying to effect change. Nor do I believe that the peculiar resilience of the artist is a function of art’s restorative power. The artist’s experience of his own work alternates panic with gratitude. What is constant, what seems to me the source of resilience (or fortitude), is a capacity for intense, driven absorption. Such absorption makes a kind of intermission from the self; it derives, in the artist, from a deep belief in the importance of art (though not necessarily his own art, except in the presence of its being made). At intervals throughout his life, the artist is taken out of that life by concentration; he lives for a time in a suspension that is also a quest, a respite that is also acute tension. His belief in art, and investment in art, in the dream of articulation, project him constantly into the future—the hypothetical moment in which comprehensive darkness acquires limits and form. For nostalgia, it substitutes terror and hunger; for the ideal of restoration it substitutes an ideal of discovery. Toward which end, the artist, like the analyst, cultivates a disciplined refusal of self-deception, which is less a moral position than a pragmatic act, since the only possible advantage of suffering is that it may afford insight.

The great crime writer Ross Macdonald says that he, “like many writers,” “couldn’t work directly with [his) own experiences or feelings.” For Macdonald, a narrator “had to be interposed, like protective lead, between himself and the radioactive material.” For the poet, time suffices, in that it introduces an altered perspective. But those works of art that can be traced directly to specific events—however long after the fact they may be created—involve the artist in a particular relation to these events. The poem is a revenge on loss, which has been forced to yield to a new form, a thing that hadn’t existed in the world before. The loss itself becomes, then, both addition and subtraction: without it, there would not have been this poem, this novel, this work in stone. And a strange sense of betrayal of the past can occur as the absolute of loss becomes ambiguous, the mutilator the benefactor. Such complex doubling of function doesn’t seem to me a thing restored. And the agent of transformation, in any case, is time, which cannot be forced or rushed.

1 thought on “The Culture of Healing: Louise Glück on Art’s Restorative Power”