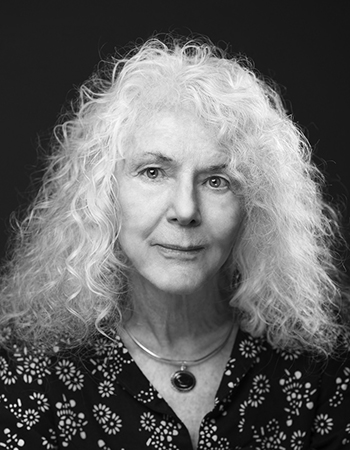 “My former husband’s shoulders dropped, and I had the strange feeling that his body, which the Tathagata now occupied, was reacting out of its own memory of the past.”

Bride of the Buddha is novelist Barbara McHugh’s work of historical fiction based on the life of Yasodhara, the woman who was the wife of the Buddha and who gave birth to his child shortly before he left home to pursue his spiritual path. Siddhartha’s abandonment of Yasodhara and his initial reluctance to accept women into his spiritual community is a thorny subject in a tradition that has generally promoted equality. How we choose to read these events from more than 2,500 years ago is not an easy question, but International Women’s Day is a good moment to acknowledge the struggle of women like Yasodhara whose love as embodied by service to her family met great obstacles both personally and culturally.

Finally, I had my chance for an audience with Siddhartha.  After a sleepless night, I called for the guard, who accompanied me to the stateroom. I pushed through the heavy door, struggling to breathe through my nervousness, dreading the long wait, which would probably come to nothing. Then I saw the man who had been my husband, a silent silhouette in the dawn light. He was seated on the dais, apparently meditating. He wore a monk’s yellow robe, and his head was shaved. He seemed so still it was hard to believe he had ever been anywhere but where he sat now. I stood just inside the door until I was sure my bones would hold me up. Was it really him?

The room seemed chilly and cavernous, darker than the day before, not only because of the early hour but also because only two or three of the oil lamps were burning. Without saying anything, I rushed over to the windows and pushed away the tapestry, letting in the predawn light and a wisp of breeze, dispelling the scent of the burning oil.

My former husband opened his eyes. “Yasi,” he said, his voice more resonant than I remembered. “I’m so glad to see you.”

I felt a profound connection, then immediately doubt. In spite of his shaved head, he was still physically beautiful in the way he’d always been, although older and thinner. But something about him was not-Siddhartha. I don’t mean to say the face before me was cynical or world-weary; on the contrary, it seemed to emanate a luminous kindness. Yet there was an impersonal quality to the expression in his clear eyes. With a shock I realized I wasn’t sure if he was human. I remembered that name, the one he now called himself, meaning both “thus come” and “thus gone.” Tathagata.

“Are you some god wearing Siddhartha as a costume?” I asked. I, who had never given credence to divinity, was now fighting the kind of terror more suitable to holy crazies and mumbling old priests.

He shook his head. “I’ve awakened from the dream that we take for life. That’s what I’ve come back to tell you.”

I was having trouble keeping my focus, both visual and mental. I remembered what my mother-in-law had said of the Tathagata’s teachings about craving and clinging as the cause of suffering, then what my son had told me yesterday about the importance of intention when it came to judging good and evil. This man seated in front of me had to have awakened to some deep knowledge, which enabled him to have these revelations.

“How can I learn what you have to teach??”

“You could start by coming to the talks I’m giving over the next couple of weeks. I’ll make sure Suddhodana lets you attend.”

“No, that’s not enough! I’ve already been meditating. I want to learn all your practices.”

“I’ll explain some of them in the talks.”

“No!” A sudden hope—the first I’d felt in a very long time—spiraled upward inside me. “I want to join your order. And devote my life to the Dharma.” I smiled into his clear eyes. “We can raise our son together.”

My former husband’s shoulders dropped, and I had the strange feeling that his body, which the Tathagata now occupied, was reacting out of its own memory of the past. He spoke softly. “Yasi, that’s impossible.”

“What do you mean? Surely you can talk your family into giving me permission!”

He shook his head. “Women can’t join the order.”

A new darkness fell over me, as if someone had slammed shut every door and window in the room. “Can’t join? But all I’ve heard is that your Dharma is for everyone! That any member of any varna is welcome to ordain! And yet women can’t?”

“You’re sorry? You’ve betrayed me! You went off on the journey that you stole from me and left me to a life of triviality! I waited for you, brought up our son, endured the arrogance of your male relatives, and now I can’t even reap the benefits of what you’ve gained, except as crumbs tossed out every couple of years when you happen to be in the area. You’ve not only betrayed me, you’ve betrayed who you once were, someone who kept his promises.”

His voice remained soft. “It’s true,” he said. “Siddhartha would have allowed it. But now I am one with the Dharma. With the eyes of Dharma, I see that our society will never accept my teaching if women are allowed to live and travel with men in such a way. We’re attempting something that’s never been done before, gathering a Sangha, a community that will awaken on its own, without priests or sacrifices, but by its adherents banishing their own ignorance. The priests and the Brahmins will try to stop us in every way possible. The presence of women would give them a weapon to discredit us.”

I had the momentary thought that here was not any Tathagata or my former husband, but Mara the Evil One himself, delighting in his clever excuses to exclude women—and me, in particular—from the truth. “I don’t believe you,” I said. “You’re not omniscient. You may have the eyes of Dharma, but they are in a human body. You’ve chosen to risk admitting pig farmers and vulture catchers, but women are to remain trapped in suffering. Because you see them as a ‘weapon.’”

Through the windows, the sun had risen, backlighting him and concealing him in shadows. I stared at the spot where his face should have been. “You have nothing to teach me,” I said. “And I won’t let you take my child.”

The blankness spoke. “You need to let him choose, Yasi. Your brother will train him as a warrior—is that what you want? And I’m his father.”

“You’re not his father,” I said. I turned to leave. “You are the Tathagata, the one ‘thus gone.’”

1 thought on “The Struggle of a Buddha’s Wife”