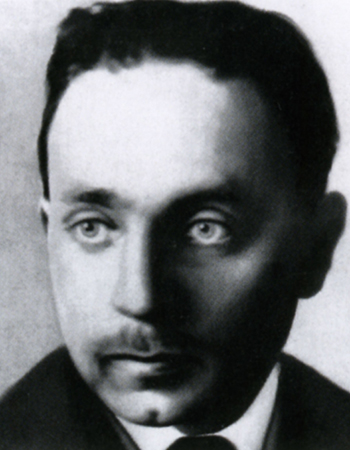 “There is scarcely anything more difficult than to love one another. That it is work, day labor. day labor, God knows there is no other word for it.”

That we are all essentially alone is Rilke’s point of departure in this extract from a letter about love in which he stresses the importance of work in relationship and cautions against the youthful fancy that romance is the domain of play and pleasure. Young people and the inexperienced, Rilke argues, are prone to throwing themselves into partnerships and giving away the portions of themselves that have not yet been fully formed. A true and mature coupling is one between two realized and whole people who acknowledge the ongoing process of transformation in their lives. He writes, ‘the more one is, the richer is all that one experiences,’ and adds that we must gather ourselves and our energies for a life in which love can emerge and flourish.

At bottom no one in life can help anyone else in life; this one experiences over and over in every conflict and every perplexity: that one is alone.

All companionship can consist only in the strengthening of two neighboring solitudes, whereas everything that one is wont to call giving oneself is by nature harmful to companionship: for when a person abandons himself, he is no longer anything, and when two people both give themselves up in order to come close to each other. there is no longer any ground beneath them and their being together is a continual falling.

There is scarcely anything more difficult than to love one another. That it is work, day labor. day labor, God knows there is no other word for it. And look, added to this is the fact that young people are not prepared for such difficult loving; for convention has tried to make this most complicated and ultimate relationship into something easy and frivolous, has given it the appearance of everyone’s being able to do it. It is not so. Love is something difficult and it is more difficult than other things because in other conflicts nature herself enjoins men to collect themselves, to take themselves firmly in hand with all their strength, while in the heightening of love the impulse is to give oneself wholly away. But just think, can that be anything beautiful, to give oneself away not as something whole and ordered, but haphazard rather, bit by bit, as it comes? Can such giving away, that looks so like a throwing away and dismemberment, be anything good, can it be happiness, joy, progress? No, it cannot… When you give someone flowers, you arrange them beforehand, don’t you? But young people who love each other fling themselves to each other in the impatience and haste of their passion, and they don’t notice at all what a lack of mutual esteem lies in this disordered giving of themselves; they notice it with astonishment and indignation only from the dissension that arises between them out of all this disorder. And once there is disunity between them. the confusion grows with every day; neither of the two has anything unbroken, pure, and unspoiled about him any longer, and amid the disconsolateness of a break they try to hold fast to the semblance of their happiness (for all that was really supposed to be for the sake of happiness).

At some point, someone presented me with the idea that if the grief was not properly dealt with and vanquished in some sense, it was going to like escape and go hide for a while, go hole up in a cave and lick its wounds, and lift a bunch of weights and drink a bunch of protein shakes and return at some later date, bigger, stronger, more fearsome, and then you would really be fucked.

Alas, they are scarcely able to recall any more what they meant by happiness. In his uncertainty each becomes more and more unjust toward the other; they who wanted to do each other good are now handling one another in an imperious and intolerant manner, and in the struggle somehow to get out of their untenable and unbearable state of confusion, they commit the greatest fault that can happen to human relationships: they become impatient, they hurry to a conclusion; to come, as they believe, to a final decision, they try once and for all to establish their relationship, whose surprising changes have frightened them, in order to remain the same now and forever (as they say). That is only the last error in this long chain of errings linked fast to one another. What is dead cannot even be clung to (for it crumbles and changes its character); how much less can what is living and alive be treated definitively, once and for all. Self-transformation is precisely what life is, and human relationships, which are an extract of life, are the most changeable of all, rising and falling from minute to minute, and lovers are those in whose relationship and contact no one moment resembles another. People between whom nothing accustomed. nothing that has already been present before ever takes place, but many new, unexpected, unprecedented things. There are such relationships which must be a very great, almost unbearable happiness. but they can occur only between very rich natures and between those who, each for himself, are richly ordered and composed; they can unite only two wide, deep. individual worlds.—Young people—it is obvious—cannot achieve such a relationship, but they can, if they understand their life properly, grow up slowly to such happiness and prepare themselves for it. They must not forget, when they love, that they are beginners, bunglers of life, apprentices in love,—must learn love, and that (like all learning) wants peace, patience, and composure!

To take love seriously and to bear and to learn it like a task, this it is that young people need.—Like so much else, people have also misunderstood the place of love in life, they have made it into play and pleasure because they thought that play and pleasure were more blissful than work; but there is nothing happier than work, and love, just because it is the extreme happiness, can be nothing else but work.—So whoever loves must try to act as if he had a great work: he must be much alone and go into himself and collect himself and hold fast to himself; he must work; he must become something!

For believe me, the more one is, the richer is all that one experiences. And whoever wants to have a deep love in his life must collect and save for it and gather honey.