In the hushed lines of Christopher James’ Cider, memories, and dreams, we are brought along with the narrator as he wanders an overgrown family orchard, remembers the past, and ponders the future. This idyllic poem is seasoned with lush autumnal imagery of late autumn, the sweet taste of pressed cider, nostalgic recollections, and hopes for what the future can hold.

The orchard lies over the crest,
forgotten.
Harvests have come
and gone
season after season.

These old trees are weary.
Water suckers shroud the limbs,
crowding out the fruit.

The fringe of saw-toothed leaves are mostly yellow;
faded flags of summers long past.
Some few remain green in defiance of the late season.

Flashes of crimson like cardinals on the wing
dance in the tops where fruit still hangs
waiting.

I see sign of deer,
rabbit and bear.
The orchard has fed them well
over these intervening years.

The forest has encroached from the verges.
It is the mountain-
caught in the act of reclamation.
Just as I have.

I amble through the rows,
ducking beneath the gnarled limbs and
making note of which few trees are healthy,
strong enough to resurge when I cut them back.

The long grass is a tangle,
starred with tattered purple asters
hazardous with rabbit runs
and fallen branches.

I have been on the move since well before dawn
and the miles and years are creeping up on me.

I rest a while beside the little creek
and listen to it burble and rill,
spilling secrets of the mountain’s springs.

Stories half-remembered;
of a young boy chasing minnows
and laughing with his father.

the perfect blend for a golden autumn
pressed down as tart cider and drunk thirstily
and in memory.

And then the long, empty silence
–

The water runs fast, but rimes of ice hide in the shadow of the hill,
untouched by the low autumn sun,
lingering.

I break out my pack,
enjoy dried apple slices,
smoked meat,
and coffee still warm from this morning’s fire.

I lay back,
sated and sleepy
and let the whisper of the water lull me.
I dream of pressing cider with my wife and daughter. 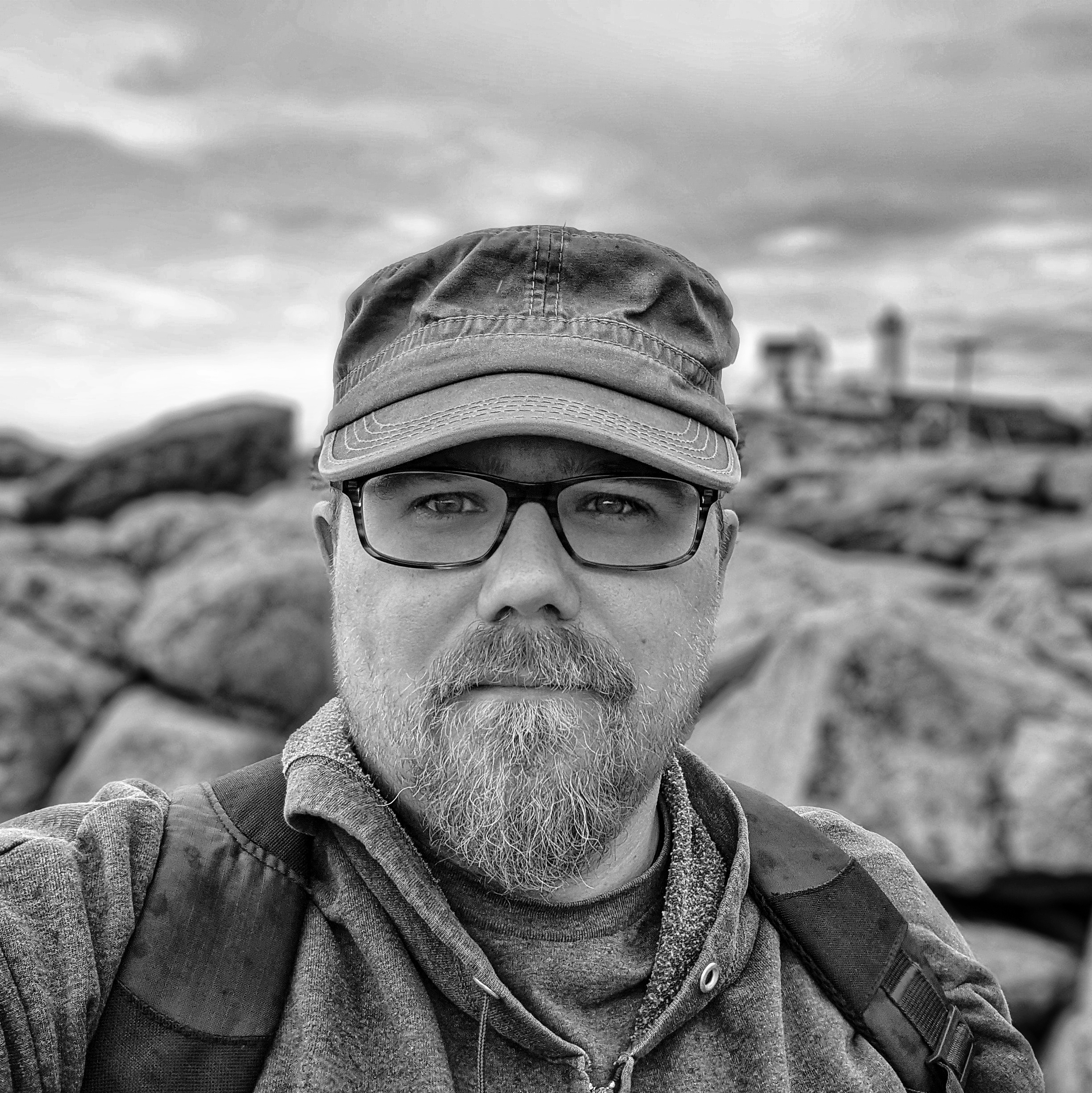 Christopher James is a poet and author who hails from the old, low mountains of Upstate New York. He is a husband and father, an Army veteran, an infrequent outdoorsman, and a devotee of the ways of a well-seasoned cast-iron pan. You may follow him on Instagram at @author_christopher_james if you enjoy the Maine coast, the forest, cats and dogs, what he made for dinner, and random writing updates.