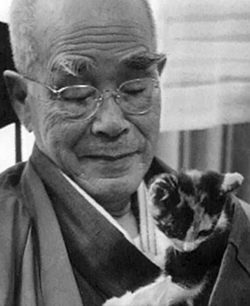 DT Suzuki was a Japanese philosopher whose work helped to introduce Zen and Buddhism to the West in the time before it became a popular practice outside of Asia. One of Suzuki's enduring interests as far as Western spiritual philosophy was concerned were the writings of Christian mystic Meister Eckhart. He frequently referred to Eckhart… END_OF_DOCUMENT_TOKEN_TO_BE_REPLACED