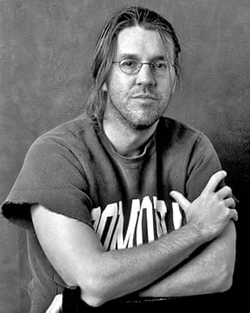 “Is it right to boil a sentient creature alive just for our gustatory pleasure?” David Foster Wallace asks in the course of his brilliant essay on eating and ethics, Consider the Lobster. An article originally commissioned by Gourmet magazine back in 2004 meant to cover the Maine Lobster Festival, DFW’s assignment quickly went off track from reporting from the festival to a discussion of lobsters’ nervous systems, their ability to feel pain, and whether knowledge of their suffering should in any way influence whether we continue to eat them. The essay is imbued with DFW’s inspiring sense of sincerity and the urgency around the realization that “there is no honest way to avoid certain moral questions.”

Before we go any further, let’s acknowledge that the questions of whether and how different kinds of animals feel pain, and of whether and why it might be justifiable to inflict pain on them in order to eat them, turn out to be extremely complex and difficult. And comparative neuroanatomy is only part of the problem. Since pain is a totally subjective mental experience, we do not have direct access to anyone or anything’s pain but our own; and even just the principles by which we can infer that other human beings experience pain and have a legitimate interest in not feeling pain involve hard-core philosophy — metaphysics, epistemology, value theory, ethics. The fact that even the most highly evolved nonhuman mammals can’t use language to communicate with us about their subjective mental experience is only the first layer of additional complication in trying to extend our reasoning about pain and morality to animals. And everything gets progressively more abstract and convolved as we move farther and farther out from the higher-type mammals into cattle and swine and dogs and cats and rodents, and then birds and fish, and finally invertebrates like lobsters.

The more important point here, though, is that the whole animal-cruelty-and-eating issue is not just complex, it’s also uncomfortable. It is, at any rate, uncomfortable for me, and for just about everyone I know who enjoys a variety of foods and yet does not want to see herself as cruel or unfeeling. As far as I can tell, my own main way of dealing with this conflict has been to avoid thinking about the whole unpleasant thing. I should add that it appears to me unlikely that many readers of Gourmet wish to think about it, either, or to be queried about the morality of their eating habits in the pages of a culinary monthly. Since, however, the assigned subject of this article is what it was like to attend the 2003 MLF, and thus to spend several days in the midst of a great mass of Americans all eating lobster, and thus to be more or less impelled to think hard about lobster and the experience of buying and eating lobster, it turns out that there is no honest way to avoid certain moral questions.

There are several reasons for this. For one thing, it’s not just that lobsters get boiled alive, it’s that you do it yourself — or at least it’s done specifically for you, on-site. As mentioned, the World’s Largest Lobster Cooker, which is highlighted as an attraction in the festival’s program, is right out there on the MLF’s north grounds for everyone to see. Try to imagine a Nebraska Beef Festival at which part of the festivities is watching trucks pull up and the live cattle get driven down the ramp and slaughtered right there on the World’s Largest Killing Floor or something — there’s no way.

The intimacy of the whole thing is maximized at home, which of course is where most lobster gets prepared and eaten (although note already the semiconscious euphemism “prepared,” which in the case of lobsters really means killing them right there in our kitchens). The basic scenario is that we come in from the store and make our little preparations like getting the kettle filled and boiling, and then we lift the lobsters out of the bag or whatever retail container they came home in… whereupon some uncomfortable things start to happen. However stuporous a lobster is from the trip home, for instance, it tends to come alarmingly to life when placed in boiling water. If you’re tilting it from a container into the steaming kettle, the lobster will sometimes try to cling to the container’s sides or even to hook its claws over the kettle’s rim like a person trying to keep from going over the edge of a roof. And worse is when the lobster’s fully immersed. Even if you cover the kettle and turn away, you can usually hear the cover rattling and clanking as the lobster tries to push it off. Or the creature’s claws scraping the sides of the kettle as it thrashes around. The lobster, in other words, behaves very much as you or I would behave if we were plunged into boiling water (with the obvious exception of screaming). A blunter way to say this is that the lobster acts as if it’s in terrible pain, causing some cooks to leave the kitchen altogether and to take one of those little lightweight plastic oven-timers with them into another room and wait until the whole process is over.

From: Consider the Lobster and Other Essays