“We picture lovers face to face but Friends side by side; their eyes look ahead.” 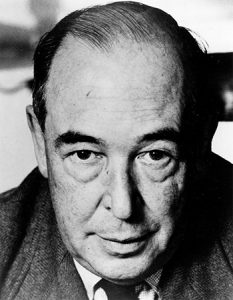 Companionship is the matrix of Friendship. It is often called Friendship, and many people when they speak of their friends’ mean only their companions. But it is not Friendship in the sense I give to the word. By saying this I do not at all intend to disparage the merely Clubbable relation. We do not disparage silver by distinguishing it from gold.

Friendship arises out of mere Companionship when two or more of the companions discover that they have in common some insight or interest or even taste which the others do not share and which, till that moment, each believed to be his own unique treasure (or burden). The typical expression of opening Friendship would be something like, ‘What? You too? I thought I was the only one.’ We can imagine that among those early hunters and warriors single individuals—one in a century? one in a thousand years?— saw what others did not; saw that the deer was beautiful as well as edible, that hunting was fun as well as necessary, dreamed that his gods might be not only powerful but holy. But as long as each of these percipient persons dies without finding a kindred soul, nothing (I suspect) will come of it; art or sport or spiritual religion will not be born. It is when two such persons discover one another, when, whether with immense difficulties and semi-articulate rumblings or with what would seem to us amazing and elliptical speed, they share their vision—it is then that Friendship is born. And instantly they stand together in an immense solitude.

“Lovers seek for privacy. Friends find this solitude about them, this barrier between them and the herd, whether they want or not.”

Lovers seek for privacy. Friends find this solitude about them, this barrier between them and the herd, whether they want or not. They would be glad to reduce it. The first two would be glad to find a third.

In our own time Friendship arises in the same way. For us of course the shared activity and therefore the companionship on which Friendship supervenes will not often be a bodily one like hunting or fighting, It may be a common religion, common studies, a common profession, even a common recreation. All who share it will be our companions; but one or two or three who share something more will be our Friends. In this kind of love, as Emerson said, Do you love me? means Do you see the same truth?—Or at least, Do you care about the same truth?  The man who agrees with us that some question, little regarded by others, is of great importance, can be our Friend. He need not agree with us about the answer.

Notice that Friendship thus repeats on a more individual and less socially necessary level the character of the Companionship which was its matrix. The Companionship was between people who were doing something together—hunting, studying, painting or what you will. The Friends will still be doing something together, but something more inward, less widely shared and less easily defined; still hunters, but of some immaterial quarry; still collaborating, but in some work the world does not, or not yet, take account of; still travelling companions, but on a different kind of journey. Hence we picture lovers face to face but Friends side by side; their eyes look ahead.

That is why those pathetic people who simply ‘want friends’ can never make any. The very condition of having Friends is that we should want something else besides Friends. Where the truthful answer to the question Do you see the same truth? would be ‘l see nothing and I don’t care about the truth; I only want a Friend’, no Friendship can arise—though Affection of course may. There would be nothing for the Friendship to be about; and Friendship must be about something, even if it were only an enthusiasm for dominoes or white mice. Those who have nothing can share nothing; those who are going nowhere can have no fellow travellers.

From: The Four Loves

4 thoughts on “‘The Love Between Angels’ – C.S. Lewis on Friendship”