“The musing man standing hidden in the alder thicket; he too is here fishing for mysterious life for a moment until a dark hawk comes for him; but meanwhile he knows enough to sing his companions in the wild miracle of the worlds we share.” 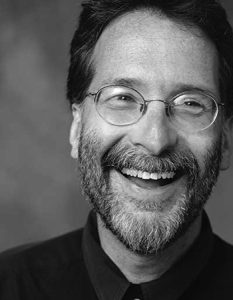 Brian Doyle once wrote ‘Stories are prayers;’ a poignant affirmation for a writer of such spiritual depth. Often compared with other popular Christian essayists like Annie Dillardand Marilynne Robinson, Doyle’s essays were accessible and uplifting to people of all and no faith inclinations. Having once said that the form of the essay ‘is the most playful and coolest form because it is the most naked,’ Doyle developed the charming and humorous style that comes across in these snippets from A Book of Uncommon Prayer. The collection is a series of meditations and gratitudes for the details of our lives and the beings that we often overlook: in this case, shop cashiers, herons and international terrorists, but also sunscreen, chess and the state of Iowa.

Prayer for Cashiers and Checkout-Counter Folks

Who endure the cold swirls of winter from the sliding doors that are opening and closing every forty seconds; and who endure pomposity and buffoonery and minor madness in their customers; and who gently help the shuffling old lady in the ancient camel coat count out the right change for her loaf of bread and single sad can of cat food; and cheerfully also disburse stamps and cash along with bagging the groceries and even occasionally carting them out swiftly for the customers they know are frail and wobbly; and who must sometimes silently want to scream and shriek in weariness and wondering how it is that they are here for eight hours at a stretch; and who do their jobs with patience and diligence, knowing the price of every single blessed thing in the store; and who ask after children and the ill among the families of their customers with honest interest and concern; and who gently refuse to sell beer to teenagers but do not make a big deal out of it and ring the manager; and who seem to me generally paragons of grace in situations where it would be so easy to grow sad and exhausted and bored; so we ask Your blessing upon them, in their millions around the world; and we ask that you choose a moment at your discretion, and reach for all of them at once in Your unimaginable way, and jazz them with hope and laughter, and give them a dollop of Your starlight, so that they will, for an instant, feel a surge of joy, for reasons they do not know; but we do. And so: amen.

Prayer of Thanks for All Birds, Herons in Particular

For their heronness, you know what I mean? The way they are long, and thin, and still, and elegant, and shaggy, and awkward, and not at all awkward, and lean, and gangly, and knobby-kneed, and bluegraybrown all at once, and slow and dinosauric in the air but liquid-quick with their bladed beaks. I never yet saw a heron that did not instantly amaze and astound and confound and provoke something very much like awe. Is the divine spark in the heron? Yes. In its ferocious murder of the frog, and startling-quick gobbling of the frog, leaving only one webbed foot wriggling for a last moment in the world it just left? Yes, somehow. In the big red-ruddered hawk who descends upon the heron like a burly nightmare and tears its breast from its spindly bones? Yes, somehow. In all of this is the Breath, the Imagination, the voice that said I am who am from a fiery bush, long ago. In the beauty of the animals who grew to be herons and hawks over millions of years of experimentation. In the wiry wave of reeds in which this story was written before my eyes one day on a river headed to the sea. In the mink and the crows who will also eat the rest of the heron. In the musing man standing hidden in the alder thicket; he too is here fishing for mysterious life for a moment until a dark hawk comes for him; but meanwhile he knows enough to sing his companions in the wild miracle of the worlds we share. And so: amen.

Because if I cannot pray grudgingly ragingly reluctantly furiously confusedly complicatedly for his shattered soul, what is the point of praying at all? Yes, even him, the man who murdered thousands of innocents, among them Christine Hanson, age three, and Dana Falkenberg, age three, and David Brandhorst, age three, and Julia McCourt, age four. Among them Dana’s sister Zoe, who I am absolutely sure was huddling her little sister in her arms as the plane exploded. Even him, the man who cackled in his cave when he heard of the success of his plans. Who cackled at the roasting of small children. But there must have been a shard of holiness in that man, at least originally; there must have been a small shriveled soul once; maybe there was some small shivering moment much later, as he sat wrapped in his robes in Abbottabad watching himself on an endless video loop, the narcissistic ass, when he felt a flicker of shame at what he had done, at how he had wasted his life, at how he had endangered the very faith he so adamantly insisted he was defending. I hope so. I pray. I pray that somehow somewhere sometime he wept at his copious sins. I pray that his dark energy was dissolved by the Mercy and cleaned by love and sent to redeem itself as the engines of insects and birds and tiny fish in clear pools. I pray that I am right and there is a Forgiveness bigger than any slime and that somehow in ways I do understand but believe in with awe and not a little fear that You have found a chamber in Your heart for even him. Even him. And so: amen.

From: A Book of Uncommon Prayer: 100 Celebrations of the Miracle & Muddle of the Ordinary