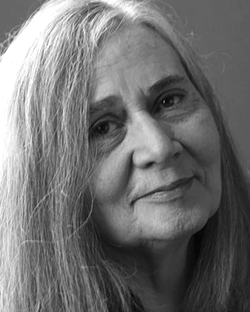 The standoff between science and religion, argues Idaho-born writer Marilynne Robinson, is often based on a ‘selective or tendentious’ reading of religious writing, which she frequently defends in her work. In this extract from an essay called ‘Reclaiming a Sense of the Sacred‘, originally published in The Chronicle of Higher Education, Robinson challenges the notion that ‘science and religion are struggling for possession of a single piece of turf, and science holds the high ground and gets to choose the weapons.’ What science leaves out, she argues in a way that echoes Leo Tolstoy’s feelings on the subject, is that essential and mysterious component of human nature expressed in everything from the ancient Greek and Roman epics, through the literature of the world’s religions, as well as art forms through the centuries. And what science often fails to address, she adds, is the fact that it is itself a product of the same vulnerable nature.

In Virgil’s Aeneid, in which the poet in effect interprets the ancient Greek epic tradition by attempting to renew it in the Latin language and for Roman purposes, there is one especially famous moment. The hero, Aeneas, a Trojan who has escaped the destruction of his city, sees a painting in Carthage of the war at Troy and is deeply moved by it and by what it evokes, the lacrimae rerum, the tears in things. This moment certainly refers to the place in classical civilization of art that pondered and interpreted the Homeric narratives, which were the basis of Greek and Roman religion. My point here is simply that pagan myth, which the Bible in various ways acknowledges as analogous to biblical narrative despite grave defects, is not a naïve attempt at science.

It is true that almost a millennium separated Homer and Virgil. It is also true that through those centuries the classical civilizations had explored and interpreted their myths continuously. Aeschylus, Sophocles, and Euripides would surely have agreed with Virgil’s Aeneas that the epics and the stories that surround them and flow from them are indeed about lacrimae rerum, about a great sadness that pervades human life. The Babylonian Epic of Gilgamesh is about the inevitability of death and loss. This is not the kind of language, nor is it the kind of preoccupation, one would find in a tradition of narrative that had any significant interest in explaining how the leopard got his spots.

The notion that religion is intrinsically a crude explanatory strategy that should be dispelled and supplanted by science is based on a highly selective or tendentious reading of the literatures of religion. In some cases it is certainly fair to conclude that it is based on no reading of them at all. Be that as it may, the effect of this idea, which is very broadly assumed to be true, is again to reinforce the notion that science and religion are struggling for possession of a single piece of turf, and science holds the high ground and gets to choose the weapons.

“The notion that religion is intrinsically a crude explanatory strategy that should be dispelled and supplanted by science is based on a highly selective or tendentious reading of the literatures of religion.”

In fact there is no moment in which, no perspective from which, science as science can regard human life and say that there is a beautiful, terrible mystery in it all, a great pathos. Art, music, and religion tell us that. And what they tell us is true, not after the fashion of a magisterium that is legitimate only so long as it does not overlap the autonomous republic of science. It is true because it takes account of the universal variable, human nature, which shapes everything it touches, science as surely and profoundly as anything else. And it is true in the tentative, suggestive, ambivalent, self-contradictory style of the testimony of a hundred thousand witnesses, who might, taken all together, agree on no more than the shared sense that something of great moment has happened, is happening, will happen, here and among us.

I hasten to add that science is a great contributor to what is beautiful and also terrible in human existence. For example, I am deeply grateful to have lived in the era of cosmic exploration. I am thrilled by those photographs of deep space, as many of us are. Still, if it is true, as they are saying now, that bacteria return from space a great deal more virulent than they were when they entered it, it is not difficult to imagine that some regrettable consequence might follow our sending people to tinker around up there. One article noted that a human being is full of bacteria, and there is nothing to be done about it.

Science might note with great care and precision how a new pathology emerged through this wholly unforeseen impact of space on our biosphere, but it could not, scientifically, absorb the fact of it and the origin of it into any larger frame of meaning. Scientists might mention the law of unintended consequences—mention it softly, because that would sound a little flippant in the circumstances. But religion would recognize in it what religion has always known, that there is a mystery in human nature and in human assertions of brilliance and intention, a recoil the Greeks would have called irony and attributed to some angry whim of the gods, to be interpreted as a rebuke of human pride if it could be interpreted at all. Christian theology has spoken of human limitation, fallen-ness, an individually and collectively disastrous bias toward error. I think we all know that the earth might be reaching the end of its tolerance for our presumptions. We all know we might at any time feel the force of unintended consequences, many times compounded. Science has no language to account for the fact that it may well overwhelm itself, and more and more stand helpless before its own effects.

“I think we all know that the earth might be reaching the end of its tolerance for our presumptions.”

Of course science must not be judged by the claims certain of its proponents have made for it. It is not in fact a standard of reasonableness or truth or objectivity. It is human, and has always been one strategy among others in the more general project of human self-awareness and self-assertion. Our problem with ourselves, which is much larger and vastly older than science, has by no means gone into abeyance since we learned to make penicillin or to split the atom. If antibiotics have been used without sufficient care and have pushed the evolution of bacteria beyond the reach of their own effectiveness, if nuclear fission has become a threat to us all in the insidious form of a disgruntled stranger with a suitcase, a rebuke to every illusion of safety we entertained under fine names like Strategic Defense Initiative, old Homer might say, “the will of Zeus was moving toward its end.” Shakespeare might say, “There is a destiny that shapes our ends, rough-hew them how we will.”

The tendency of the schools of thought that have claimed to be most impressed by science has been to deny the legitimacy of the kind of statement it cannot make, the kind of exploration it cannot make. And yet science itself has been profoundly shaped by that larger bias toward irony, toward error, which has been the subject of religious thought since the emergence of the stories in Genesis that tell us we were given a lavishly beautiful world and are somehow, by our nature, complicit in its decline, its ruin. Science cannot think analogically, though this kind of thinking is very useful for making sense and meaning out of the tumult of human affairs.

From: Reclaiming a Sense of the Sacred

4 thoughts on “What Science Can’t Talk About: “the Tears in Things” – Marilynne Robinson”