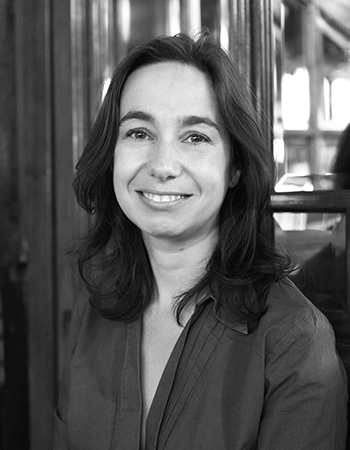 “I found distant galaxies easier to understand than the people around me, and I wonder if my work became a substitute for any true connection.”

In September 2013, astronomer and science writer Pippa Goldschmidt published this essay titled ‘What Our Telescopes Couldn’t See’ in the New York Times that was all about working in the starry deserts of Chile during a time when a shift in technologies meant a more remote relationship to the act of stargazing. Goldschmidt’s story, which, like much of her writing, is concerned with questioning the meta-function of scientific endeavor, was later picked up for the 2014 anthology of The Best American Science and Nature Writing.

To avoid light pollution and bad weather, professional astronomers have to be prepared to travel long distances to use telescopes on mountaintops far away from towns or cities. Astronomers from Britain, which is not generally well known for its clear skies, are particularly used to traveling. When I was an astronomer in the 1990s, working at the Royal Observatory in Edinburgh and at Imperial College London, I made regular trips to observatories around the world, especially in Chile.

Back home all I could usually see were a few lonely stars fighting against the clouds lit up by a flat dull wash of reflected streetlight. Looking up from the Andes was a fundamentally different experience—the sky was so bright with stars that there were scarcely any dark gaps between them. To make the experience even more striking, in the Southern Hemisphere you can see phenomena like the Magellanic Clouds, the crowded heart of the Milky Way, and the jewel-like constellation of the Southern Cross.

I was studying quasars, some of the most distant known objects in the universe, which are understood to be the bright centers of galaxies containing supermassive black holes. At a superficial glance, quasars don’t look particularly interesting. All you can see is a starlike point of light, because the extraordinarily bright center dwarfs the rest of the galaxy. But detailed measurements of quasars reveal their vast distances and the amazingly high speeds of the gases that spin around the invisible black holes.

When I first went to Chile’s Atacama Desert in 1990—the year Augusto Pinochet finally stepped down after nearly sixteen years in power— found that the terrestrial landscape was almost as extraordinary as the objects I studied in the sky. In some parts of the desert it rains only once every few years. During the day there is nothing to see but rocks and sand and the dazzling sunlight reflected from distant telescope domes at the other observatories around the mountains.

At this time, astronomy was on the cusp of changing technologies. I was accustomed to using old-fashioned glass photographic plates—13 inches across and thin enough to be curved into the focal plane of the telescope. The light of stars was caught in the photographic emulsion on the plates, and the resulting complicated shapes of galaxies reminded me of insects preserved in amber.

“After a few nights of this work, everything, not just my quasars, started to feel remote. The objects on the screen reminded me of ghosts, with no substance to them.“

But this sort of photography was dying out and being superseded by CCDs-electronic devices that created virtual images of the sky, and the precursors of today’s digital cameras.

So instead of fitting the plates into the telescope by hand while gazing out at the sky, observing in Chile meant sitting in a control room and operating the telescope remotely. Resulting images were displayed on computer screens. We saw the telescope only at the beginning of the night, when we were setting up, and at the end, when we shut everything down as the sun rose. During the night we didn’t even see the sky, because the control room—with its banks of computers that made it look like a low-rent starship Enterprise—had no windows.

After a few nights of this work, everything, not just my quasars, started to feel remote. The objects on the screen reminded me of ghosts, with no substance to them. Going outside helped somewhat—the stars looked so large and real i felt I could reach out and grab them—but in contrast the landscape was so empty I might as well have been on the moon. There was nothing to pull me back to earth.

I used to remind myself that I was there to work and nothing more. But I would long for the complexities of life, tedious British rain, and the screech of seagulls, even traffic jams started to have a certain nostalgic charm. As I sat in the control room, I would reread old newspapers, trying to keep faith with the world.

But at that I did not succeed. I know now that the desert wasn’t empty, that it had a terrible secret; farther north from the observatory, in an even more remote part of the Andes, was an abandoned prison camp set up during the Pinochet regime, called Chacabuco. This was a place where political opponents of the regime were sent in the 1970s. Sometimes they died there. As the celebrated 2010 Chilean documentary Nostalgia for the Light shows, their relatives are still searching the desert for their remains.

“ I have often thought of how astronomy is seen as a benign, unbiased science. Its sole function is to increase our understanding of how the universe works: astronomers receive and record, but they do not experiment or perturb.”

Our telescopes had the power to detect candle flames many miles away, not to mention galaxies billions of light-years away. And yet they never turned toward the camp. They weren’t built to do that sort of observation.

Nor were we. The observatory that I visited in Chile is part of the European Southern Observatory. It’s one of the largest in the world and was first conceived of not long after World War II, partly as a way of bringing together former enemies and encouraging peaceful scientific endeavors. But our only political contribution was neutrality: we were supposed to keep our heads down and get on with our work. When I arrived, we were advised not to talk about politics with people in Chile.

I left the world of professional astronomy some time ago. In the years since, I have often thought of how astronomy is seen as a benign, unbiased science. Its sole function is to increase our understanding of how the universe works: astronomers receive and record, but they do not experiment or perturb. They are not tainted by any application to, say, energy development or military technologies. Astronomy is, essentially, a passive science.

I remember realizing when I was a student that I could make a measurement of an object in the sky, and how extraordinary that felt to me, as if it were a way of reaching out and connecting with something so far away. But maybe I found distant galaxies easier to understand than the people around me, and I wonder if my work became a substitute for any true connection. I still look to the edge of the universe, but I try to remember always to keep one eye focused here on earth.