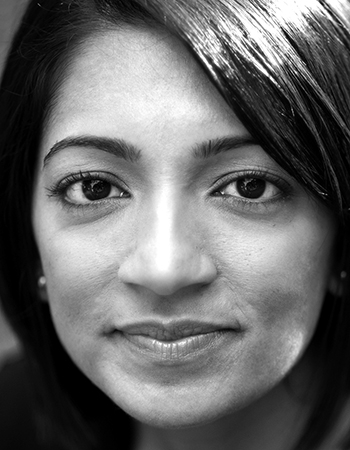 “For leaving the fridge open
last night, I forgive you.
For conjuring white curtains
instead of living your life.”

‘In forgotten tin cans may forgiveness gather,’ writes poet Dilruba Ahmed as an invocation of forgiveness that she calls upon like a cleansing rain ‘relieved of cruelty and petty meanness.’ In detailing what we would like to forgive in ourselves and in taking the first step—’Phase One‘—towards that direction, as Ahmed suggests at the end of the poem, we can also then forgive others and start to embody the love we want to see in the world. Her list of wrongdoings, oversights, moments of anger and moments of negligence, of fear and forgetfulness are a catalog of reasons to vilify oneself and then open the door to forgiveness, which she repeats again and again through the poem like a mantra: ‘I forgive you. I forgive you. I forgive you.’

For leaving the fridge open
last night, I forgive you.
For conjuring white curtains
instead of living your life.

For the seedlings that wilt, now,
in tiny pots, I forgive you.
For saying no first
but yes as an afterthought.

I forgive you for hideous visions
after childbirth, brought on by loss
of sleep. And when the baby woke
repeatedly, for your silent rebuke

in the dark, “What’s your beef?”
I forgive your letting vines
overtake the garden. For fearing
your own propensity to love.

For losing, again, your bag
en route from San Francisco;
for the equally heedless drive back
on the caffeine-fueled return.

I forgive you for leaving
windows open in rain
and soaking library books
again. For putting forth

only revisions of yourself,
with punctuation worked over,
instead of the disordered truth,
I forgive you. For singing mostly

when the shower drowns
your voice. For so admiring
the drummer you failed to hear
the drum. In forgotten tin cans,

may forgiveness gather. Pooling
in gutters. Gushing from pipes.
A great steady rain of olives
from branches, relieved

of cruelty and petty meanness.
With it, a flurry of wings, thirteen
gray pigeons. Ointment reserved
for healers and prophets. I forgive you.

I forgive you. For feeling awkward
and nervous without reason.
For bearing Keats’s empty vessel
with such calm you worried

you had, perhaps, no moral
center at all. For treating your mother
with contempt when she deserved
compassion. I forgive you. I forgive

you. I forgive you. For growing
a capacity for love that is great
but matched only, perhaps,
by your loneliness. For being unable

to forgive yourself first so you
could then forgive others and
at last find a way to become
the love that you want in this world.

2 thoughts on “Dilruba Ahmed – Phase One”