“It is a regrettable characteristic of the Western mind to relate expressions and actions to exterior or transcendent ends, instead of evaluating them on a plane of consistency on the basis of their intrinsic value.” 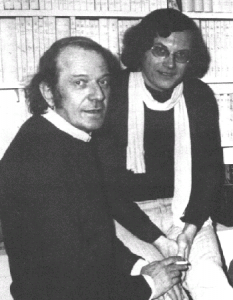 ‘We didn’t collaborate like two different people. We were more like two streams coming together to make a third stream, which I suppose was us.’ This was the picture painted by philosophers Gilles Deleuze and Felix Guattari about their long association as collaborative thinkers. A Thousand Plateaus is a remarkable book of philosophy that was the result of an alliance started in the 1960s. At that time, Deleuze was an established scholar who had published studies on the likes of Nietzsche, Spinoza and David Hume, while Guattari was a Marxist activist and psychotherapist who studied under Jacques Lacan. When the two men came together, they realized they had much in common, most fundamentally the viewpoint that the individual was an illusion, a deception, politically, philosophically and psychologically. They wrote several books together, but A Thousand Plateaus turned out to be the most distilled product of their partnership. The book explains and encapsulates their theory of the rhizome, a non-linear, fluid and dynamic model of politics, philosophy and psychoanalysis that veers away from the individual, looking instead at plateaus and intensities of phenomena, rather than arboreal or hierarchical systems.

Let us summarize the principal characteristics of a rhizome: unlike trees or their roots, the rhizome connects any point to any other point, and its traits are not necessarily linked to traits of the same nature; it brings into play very different regimes of signs, and even nonsign states. The rhizome is reducible neither to the One nor the multiple. It is not the One that becomes Two or even directly three, four, five, etc. It is not a multiple derived from the One, or to which One is added (n + 1). It is composed not of units but of dimensions, or rather directions in motion. It has neither beginning nor end, but always a middle (milieu) from which it grows and which it overspills.

“The rhizome is reducible neither to the One nor the multiple.”

It constitutes linear multiplicities with n dimensions having neither subject nor object, which can be laid out on a plane of consistency, and from which the One is always subtracted (n – 1). When a multiplicity of this kind changes dimension, it necessarily changes in nature as well, undergoes a metamorphosis. Unlike a structure, which is defined by a set of points and positions, with binary relations between the points and blunivocal relationships between the positions, the rhizome is made only of lines: lines of segmentarity and stratification as its dimensions, and the line of flight or deterritorialization as the maximum dimension after which the multiplicity undergoes metamorphosis, changes in nature. These lines, or lineaments, should not be confused with lineages of the arborescent type, which are merely localizable linkages between points and positions.

“The rhizome is an acentered, nonhierarchical, nonsignifying system without a General and without an organizing memory or central automaton, defined solely by a circulation of states.”

Unlike the tree, the rhizome is not the object of reproduction: neither external reproduction as image-tree nor internal reproduction as tree-structure. The rhizome is an antigenealogy. It is a short-term memory, or antimemory. The rhizome operates by variation, expansion, conquest, capture, offshoots. Unlike the graphic arts, drawing, or photography, unlike tracings, the rhizome pertains to a map that must be produced, constructed, a map that is always detachable, connectable, reversible, modifiable, and has multiple entryways and exits and its own lines of flight. It is tracings that must be put on the map, not the opposite. In contrast to centered (even polycentric) systems with hierarchical modes of communication and preestablished paths, the rhizome is an acentered, nonhierarchical, nonsignifying system without a General and without an organizing memory or central automaton, defined solely by a circulation of states. What is at question in the rhizome is a relation to sexuality-but also to the animal, the vegetal, the world, politics, the book, things natural and artificial-that is totally different from the arborescent relation: all manner of “becomings.”

“A plateau is always in the middle, not at the beginning or the end. A rhizome is made of plateaus.”

A plateau is always in the middle, not at the beginning or the end. A rhizome is made of plateaus. Gregory Bateson uses the word “plateau” to designate something very special: a continuous, self-vibrating region of intensities whose development avoids any orientation toward a culmination point or external end. Bateson cites Balinese culture as an example: mother-child sexual games, and even quarrels among men, undergo this bizarre intensive stabilization. “Some sort of continuing plateau of intensity is substituted for [sexual] climax,” war, or a culmination point. It is a regrettable characteristic of the Western mind to relate expressions and actions to exterior or transcendent ends, instead of evaluating them on a plane of consistency on the basis of their intrinsic value.

“Each plateau can be read starting anywhere and can be related to any other plateau.”

For example, a book composed of chapters has culmination and termination points. What takes place in a book composed instead of plateaus that communicate with one another across microfissures, as in a brain? We call a “plateau” any multiplicity connected to other multiplicities by superficial underground stems in such a way as to form or extend a rhizome. We are writing this book as a rhizome. It is composed of plateaus. We have given it a circular form, but only for laughs. Each morning we would wake up, and each of us would ask himself what plateau he was going to tackle, writing five lines here, ten there. We had hallucinatory experiences, we watched lines leave one plateau and proceed to another like columns of tiny ants. We made circles of convergence. Each plateau can be read starting anywhere and can be related to any other plateau.

From: A Thousand Plateaus

1 thought on “Not One Nor Multiple: Deleuze and Guattari’s Rhizome”