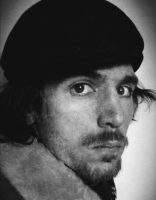 May 14, 2020May 20, 2020 Vanessa Able
Jerome Berglund’s poem, Manure, grew from his own practice of sowing and harvesting where he was reminded that compost and dung are always essential to the process of growth and fertilization. He writes: “I have a few tattoos, and each was installed as much as a cautionary reminder in many ways, to be employed in the tradition of Sammy Jankis—lest I forget certain reframing revelations hard-learned, important realizations a steep price was paid for admission to.” We must be vigilant to complacency, he asserts, and not let ourselves fall back into old patterns. And as for the Southern Rose? “A captivating thing it was and remains. Transplanted into a better tended garden than I could ever offer, has been, fortunately. I hear it flowers quite magnificently this time of year.”
Manure
One early tattoo I got
at a darker time in my life
was of a fly
rubbing its grimy legs together greedily:
‘…Because I’m a piece of shit!’
I would laugh and tell people deliriously.
About ten persons I knew had similar
variations upon this theme, actually.
Etched permanently into their bodies
quite prominently, if you can believe that.
I wouldn’t in your place either,
but it’s true nonetheless.
Which should tell you something about
the caliber of human being I was associating with exclusively
during that masochistic juncture.
But shortly after getting inked
a family member making an effort to cheer me up
add some sugar to the lemon squeezings
and spin this gaffe into something positive
reminded me how all manner of things grow from scat:
trees / great stalks of corn / even flowers.
And I knew that to be true, indeed reflected, had seen it happen once in fact.
Improbable freak fluke, stroke of beginner’s luck though it had been.
But I could not transplant my old rosebush in this verdant filth,
it having been long since uprooted.
The best I could manage proved to be finding
a silk replica, at the local thrift store, to remind me of its bloom.
Plastic imitations are easier to care for, requiring no water or sun.
If they do get dusty, when you neglect them too long.
The real thing, on the other hand
I recall was quite a chore to contend with.
Grow in shit though a Southern rose does, it also leaches its soil bone-dry,
absorbs its every nutrient ravenously,
leaves landscape sterile and desolate,
windswept and austere in its wake.
Once it has wilted, every petal blows off into the breeze and flutters away,
nothing is apt to grow there again.
And maybe that’s just fine, really.
Barren vistas are orderly and predictable compared to jungles.
Though sometimes,
I do find myself missing the bouquet,
those drumming showers which accompanied it;
even the stingingest pricks, from the most piercing thorns
could be flouted were they delivered by your prize blossom.
Succulents of the wastelands, by comparison, are less delectable.
Sure, they require less water.
But you get what you pay for.
And don’t get what you can’t afford to. 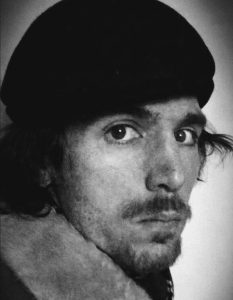 A graduate of the University of Southern California’s Cinema-Television Production program, Jerome Berglund spent a picaresque decade in entertainment before returning to the midwest where he was born and raised. For the last several years he has lived a relatively quiet life, spending his time reflecting, exploring what he learned over the course of a somewhat checkered young adulthood, via writing, poetry and fine art photography. Berglund has previously published short stories in Paragon Press’s Veisalgia and the Watershed Review, a play in Iris Literary Journal, and poetry in Abstract Magazine, Wild Roof, and Ulalume Lighthouse.