“The self that does not survive scrutiny is the subject of experience in each present moment, the feeling of being a thinker of thoughts inside one’s head, the sense of being an owner or inhabitant of a physical body.” 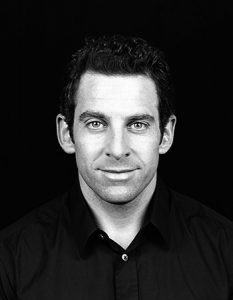 Sam Harris’ book Waking Up has become a wildly popular classic of contemporary spirituality, with its appeal to a more secular standard of spiritual practice. In it, Harris, a neuroscientist with a now popular podcast, draws on ancient wisdom from the likes of the Buddha, Jesus,Lao Tzu and Rumi, as well as his own personal experiences to present meditation as a coherent practice informed by neurology and psychology. In this extract he asserts the problem of articulating the ‘I’ that we are; that we often identify ourselves with the events that have happened to us and the things we have done, rather than the subjective center of experience itself. In an echo of the Buddhist teaching of the absence of a permanent self, Harris asserts that when the absence of this self is found, then ‘the feeling of being a self disappears.’

The pronoun I is the name that most of us put to the sense that we are the thinkers of our thoughts and the experiencers of our experience. It is the sense that we have of possessing (rather than of merely being) a continuum of experience. We will see, however, that this feeling is not a necessary property of the mind. And the fact that people report losing their sense of self to one or another degree suggests that the experience of being a self can be selectively interfered with.

Obviously, there is something in our experience that we are calling “I” apart from the sheer fact that we are conscious; otherwise, we would never describe our subjectivity in the way we do, and a person would have no basis for feeling that she had lost her sense of self, whatever the circumstances. Nevertheless, it is extremely difficult to pinpoint just what it is we take ourselves to be. Many philosophers have noticed this problem, but few in the West have understood that the failure to locate the self can produce more than mere confusion. I suspect that this difference between Eastern and Western philosophy has something to do with the influence of Abrahamic religion and its doctrine of the soul. Christianity, in particular, presents impressive obstacles to thinking intelligently about the nature of the human mind, asserting, as it does, the real existence of individual souls who are subject to the eternal judgment of God.

“It is extremely difficult to pinpoint just what it is we take ourselves to be. Many philosophers have noticed this problem, but few in the West have understood that the failure to locate the self can produce more than mere confusion.”

What does it mean to say that the self cannot be found or that it is illusory? It is not to say that people are illusory. I see no reason to doubt that each of us exists or that the ongoing history of our personhood can be conventionally described as the history of our “selves.” But the self in this more global, biographical sense undergoes sweeping changes over the course of a lifetime. While you are in many ways physically and psychologically continuous with the person you were at age seven, you are not the same. Your life has surely been punctuated by transitions that significantly changed you: marriage, divorce, college, military service, parenthood, bereavement, serious illness, fame, exposure to other cultures, imprisonment, professional success, loss of a job, religious conversion. Each of us knows what it is like to develop new capacities, understandings, opinions, and tastes over the course of time. It is convenient to ascribe these changes to the self. That is not the self I am talking about.

The self that does not survive scrutiny is the subject of experience in each present moment, the feeling of being a thinker of thoughts inside one’s head, the sense of being an owner or inhabitant of a physical body, which this false self seems to appropriate as a kind of vehicle. Even if you don’t believe such a homunculus exists—perhaps because you believe, on the basis of science, that you are identical to your body and brain rather than a ghostly resident there in you almost certainly feel like an internal self in almost every waking moment. And yet, however one looks for it, this self is nowhere to be found. It cannot be seen amid the particulars of experience, and it cannot be seen when experience itself is viewed as a totality. However, its absence can be found—and when it is, the feeling of being a self disappears.