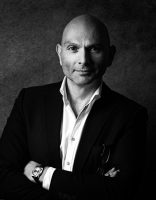 This poem arose from an experience Robin Knight had while traveling at speed through the Sussex countryside. “I saw a man walking his dog, throwing a ball for him/her. The moment was simple and joyful. It recalled to me a moment of kensho I experienced in November 2018 in a seven day Rinzai retreat lead by Daizan Skinner Roshi in the dales near Buxton, UK. One minute I was envisioning a mountain near our house, the next I ‘disappeared.’ Only my awareness remained and I was the mountain itself. For those moments, the me I am accustomed to was nowhere. Watching the man and the dog and recalling the mountain, gave rise to this piece.”

The Dog on the Train

From the Gatwick Express
I see a black dog
in a green field
chase a yellow ball.
At full gallop
he races it.

The train
becomes the tracks,
the tracks
become the earth
the earth
becomes everything

and I am
nothing at all. 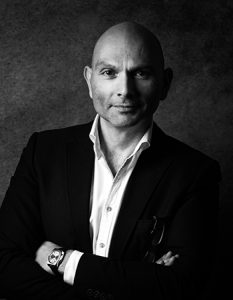 Robin Knight is a children’s writer, poet and features writer, based in Brighton, Sussex. He is published in the UK and US by The History Press, Psychologies Magazine, True West, Signo, Imprimo, The Whirlwind, Halfway Down The Stairs and a couple more in anthology. He was long listed in 2015 and 2017 for the UK’s National Poetry Competition.