HOSPICE HAD BEEN called. He wanted to go at home. His nightstand light bathed the bedroom with a softness altered only by the light of last sunrises and sunsets prying through drawn blinds.   Our mother, us four, and his two older sisters stood in shifts around his bed. We breathed every labored breath with him.

Morphine helping decouple his spirit from its mortal anchor’s crush of pain. Waking, he asked for his sisters to come closer. He smiled, “Don’t be afraid. It’s beautiful. I have to go. I have to get back on the train. It’s beautiful!”

He smiled at all of us and closed his eyes. 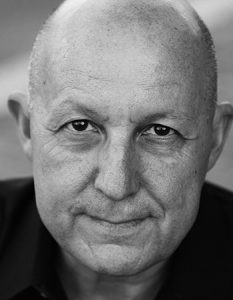 D.M. DiLillo lives just outside Boston. His second career is working as a SAG union actor on Hollywood films and television series around Boston. He is active in live theatre in Boston and even did a little stand up comedy. He reads great fiction, takes writing classes and writes.  His short story, ‘The Steamer Trunk’ will be published in the upcoming Volume 2 of ‘A Feast of Narratives’ by  Tiziano Thomas Dossena and Idea Press