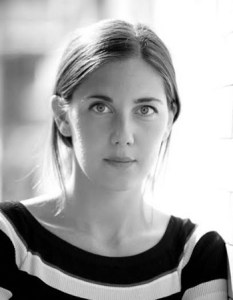 “The suspicion that anxiety isn’t ‘real’ is especially tormenting because not knowing what’s real is perhaps the worst part.”

After releasing her debut novel, Olivia Sudjic found herself under intense scrutiny as a writer, an episode that contributed to her falling into a spiral of anxiety and self-doubt. Her book-essay Exposure describes that experience and how it alienated her from herself and her work. In this excerpt, she touches on the gaslighting she underwent as a newly-published author and later in the essay suggests that there is a particular kind of pushback on women artists who take the risk to expose themselves through their creativity. Often misrepresented in the past as hysteria or neurosis, anxiety is prone to come up as a response to the invalidation of one’s experience on the grounds of one’s gender, or other social constructs like race, class or sexual orientation.

It’s easy to dismiss anxiety. It’s something all of us experience to some extent as part of normal life and often for good reason. It can be an appropriate physiological response to danger, uncertainty, instability, or feeling powerless. It has an evolutionary purpose, helping us to stay alive. Darwin had an anxiety disorder which often left him housebound. He argued that it was highly evolved to be ‘on alert’ most of the time. The scientific account of my anxiety hinges on the part of the brain that monitors changes in our environment and bodies: the amygdala. This, as Eleanor Morgan describes it in Anxiety for Beginners, is our almond-shaped ‘communications hub’, handling incoming sensory signals and the parts of the brain which interpret them.

When I read this information, it reassured me as to why my anxiety so often feels like a problem of interpretation. I think it stems principally from my experiences of being gaslighted. Now when I sense danger, the instances where something bad has happened in the past come back to remind me I’ve missed or ignored these signs before. Then I doubt myself. I tell myself I am imagining things. Then I feel under greater threat because I don’t know who or what to trust. I seek reassurance that I usually can’t get, because even if it comes I can’t trust it.

In those with anxiety disorders the fightor-flight (or freeze) response is overactive. It perceives threats where there may be none. The symptoms, by contrast, are very real. Adrenaline floods the body. Insomnia, dizziness, shaking, diarrhoea, heart palpitations… the list goes on as the body reacts to the cortisol moving through it like a wave. I have friends who’ve taken themselves to A&E a number of times or have called an ambulance thinking they’re having a heart attack.

People with anxiety disorders are often anxious about being so anxious and a reinforcement circuit is made. They fear the fear and begin to avoid whatever triggers them — often, any situation in which they feel out of control.

Perhaps this is why women in their twenties have the highest levels of anxiety, but it isn’t just young women of course. Journalists call it ‘the new Feminism’, medical professionals call it an epidemic. Nearly a third of people suffer from an anxiety disorder at some point in our lives.

Increased public awareness and personal admissions’ – from Prime Minister Jacinda Ardern to pop star Zayn Malik – have helped reduce stigma, but such celebrity endorsement has also induced cynicism. My own admission to moderate anxiety will surely be met with eye rolls. Another one! Another snowflake cry for attention, safe spaces, trigger warnings and mindfulness colouring books.

Not so long ago I might’ve been diagnosed with Hysteria. But anxiety disorders are nothing new. Freud examined it, as did Kierkegaard. In 4BC, Hippocrates described it as a ‘difficult’ disease. ‘The patient thinks he has something like a thorn, something pricking him in his viscera, and nausea torments him. He is describing clinical anxiety without naming it. A medical diagnosis in the DSM only arrived in 1980, the same year ‘hysterical neurosis’ was scratched out.

It’s difficult to seek help when you feel (or are made to feel) as if your problem isn’t real. The more people say you have nothing to be anxious about, the worse the feeling gets. The suspicion that anxiety isn’t ‘real’ is especially tormenting because not knowing what’s real is perhaps the worst part. This is why I take some comfort in pathologising myself or explaining things away with astrology – and why the internet more generally has such a siren call. There are strangers who feel the same.